While the gambling industry waits to see how, and when, Japan’s integrated resort (IR) scene develops, a small handful of casino operators have already backed off plans to become part of the nascent industry. Others are more than happy to wait patiently on the sidelines as the country deals with more important issues, and one of these is Mohegan Gaming and Entertainment. The company behind the Mohegan Sun casino and others is biding its time, but may not stick around for forever. 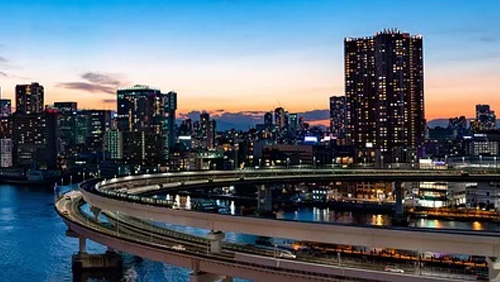 Mohegan Gaming CEO Mario Kontomerkos corresponded with GGRAsia through email, providing a little bit of insight into the company’s plans. The company announced a year ago that it was targeting the Hokkaido prefecture as a possible preferred location for its IR, but it is now willing to consider other destinations, as well. Kontomerkos told the media outlet, “While we are unable to confirm specific regional locations, Mohegan Gaming and Entertainment is a company that specializes in large-scale master-planned resort development in global destination markets, including a new, world-class integrated entertainment resort… located at one of the busiest airport hubs in Northern Asia.”

The reference to the resort at an airport hub is specifically about Inspire, an IR Mohegan Gaming is building in Incheon, South Korea. Construction on that venue has begun, with the first phase expected to open sometime in 2022. That phase includes a foreigner-only casino, a 1,256-key five-star hotel and a large arena for public events.

Kontomerkos and Mohegan Gaming will have to consider locations other than Hokkaido if it expects to be involved in one of the first three IR initiatives in Japan. The prefecture’s government decided last November that the timing isn’t right for the area to host a casino, and explained that it doesn’t intend on participating in the eventual bidding war that will take place. This doesn’t mean that it wouldn’t consider becoming involved at some point, as business groups in the area apply pressure on the local government, but it might move more slowly.

The IR project in Japan has slowed down considerably lately for several reasons. In addition to the global coronavirus pandemic, allegations of bribes and shady deals on the part of some politicians and gambling companies have damaged the industry. Opponents, even at the highest levels of the country’s government, who said the move would lead to corruption, are now shouting, “I told you so.”

Still, Mohegan Sun will take a wait-and-see-approach and make a final determination on its Japanese future later. Kontomerkos added, “We see Japan as a great source of opportunity for tourism and integrated entertainment resort development and will continue to seek large entertainment markets where our unique product can truly shine to sophisticated and mobile consumers.”