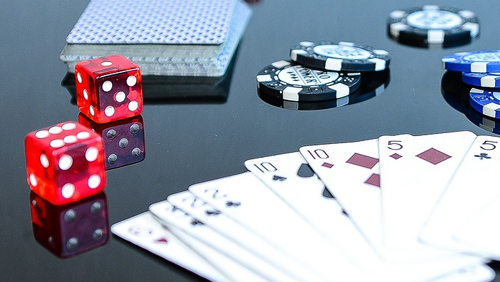 Hokkaido, Japan, is becoming a popular target for casino operators wishing to launch an integrated resort (IR) in the country. The latest company to announce its intention to submit an IR bid is Mohegan Gaming and Entertainment, owner of the Mohegan Sun brand in the U.S. There are now at least four casino operators who have stated their desire to become part of the Hokkaido landscape.

Mohegan is expected to open an office this April in Tomakomai in the Hokkaido prefecture. The company’s VP of Corporate Finance, Christopher Jones, explains, “We hope to proceed with its use and application as the home base of information related to business PR [around an] IR.”

That office, in addition to being a home base for Japanese operations, will also serve as a type of showroom for the company and will be a vital component as Mohegan looks to attract local companies with which it can host seminars related to the IR bid, as well as the IR project.

Mohegan will most likely acquire space in the same building of another IR bidder. After announcing its intention to submit a bid for a Hokkaido IR last December, U.S.-based Rush Street opened an office in Tomakomai to lead the way. Rush Street could now have some local competition if Mohegan settles on launching its office there, as well.

Hokkaido is proving to be an attractive spot for a possible IR in Japan. Hard Rock has also stated that it plans on submitting a bid, as has Clairvest Neem Ventures out of Canada. Clairvest was one of the first to express interest, opening its office in Tomakomai in January of last year. Hard Rock is expected to open its office this April.

Both Foxwoods and Caesars Entertainment have indicated that they might submit bids, as well. Caesars might have a little difficulty if it is going through an ownership change at the same time. Billionaire investor Carl Icahn continues to increase his stake in the company, and some type of merger or acquisition could soon be on the table.

Coming up next month, Hokkaido will hold a gubernatorial election between Tomohiro Ishikawa and Naomichi Suzuki. 45-year-old Ishikawa, a candidate who was once convicted of misusing political funds, is opposed to an IR in the prefecture. Suzuki is a 37-year-old conservative candidate and mayor of Yubari, and has been neutral on the subject of a Hokkaido IR. However, he is known to be more open minded and is certainly more amenable to the idea than is Ishikawa. The election will be held April 6.