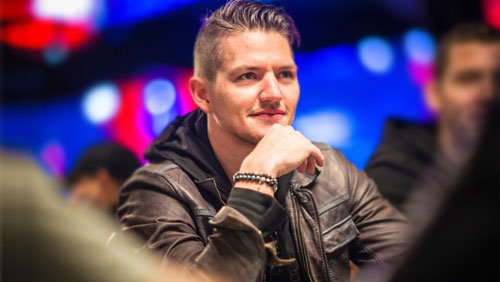 The 2019 Global Poker Awards were celebrated in Las Vegas, Nevada on Friday night at the PokerGO studios as Joey Ingram was among the headline winners on a star-studded night in the poker industry.

With plenty of awards to hand out, the presenting duties were split between Maria Ho and Drea Renee as the great and glorious of the poker industry bubble saw gongs handed to them – or presented via video link – and a slick show wow the poker fans. Here are some of the highlights.

There was no surprise in this category as Robert Campbell managed to triumph against Ramon Colillas, Ben Farrell and PLO expert George Wolff. Campbell emergence coincided with his run to becoming WSOP Player of the Year.

Here there was a step away from the traditional WSOP Main Event winner, where Hossein Ensan was unable to take down the award. While Alex Foxen’s performance in the WPT Five Diamond Classic warranted celebration and Bryn Kenney’s legendary showing in the Triton Poker Super High Roller Series Montenegro was also mightily impressive, it was Phil Hui who took the gong for his epic WSOP Poker Players Championship victory.

This was a shoe-in as Stephen Chidwick took the prize in the category all the nominated players wanted to win – the one voted for by their peers.

Kahle Burns, Michael Addamo and Ali Imsirovic all got close but lost to the best man.

The Industry Person of the Year was a tough battle that was eventually won by Paul Phua of Triton Poker, who made it to the trophy against legends Matt Savage (who won Tournament Director of the Year), Cary Katz and Phil Galfond, who is about to resume his so-far-so-bad Galfond Challenge against VeniVidi.

It was so near but so far for our own Paul Seaton, who missed out on the award for best Written Media Content, with the fantastic book Poker & Pop Culture seeing Martin Harris win the award and deservedly rewarding Martin’s career in the game. Streamer of the Year went to the effortlessly cool Lex Veldhuis. Elsewhere, Joey Ingram won the award for Video Media Content and it wasn’t Ingram’s only win of the night. For his work on the Mike Postle case, Joey Ingram also won the title of Journalist of the Year.

With PokerStars ramping down their scheduled events – and cancelling three European stops that take place before April due to the Coronavirus – their success in winning Event of the Year for their PokerStars Players Championship Bahamas must be seen as a huge pat on the back from the industry for the stunning event that made players’ dreams comes true.

Elsewhere, the Mid-Major Tour/Circuit of the Year award went to the Rungood Poker Series which overcame strong challenges from the Triton London Million for Charity and the WSOP Main Event and BIG 50 events.

The Poker Icon award went to the legendary back-to-back WSOP Main Event champion and Poker Hall of Fame player Johnny Chan. An iconic photograph from this year’s WSOP Main Event won the Photo Media Content award, with Drew Amato given the award for this amazing photo of Dario Sammartino: