Indiana forced to delay casino decision due to ongoing investigation

Terre Haute, Indiana is going to have to wait even longer to find out whether or not a new casino will be allowed in its backyard. Spectacle Entertainment has two Indiana casinos already and was hoping to open a third, but an investigation into alleged wrongdoing by someone with ties to the company is slowing things down. After the Indiana Gaming Commission (IGC) decided to postpone a licensing hearing last month, it has now put the subject on the back burner once again, and has called in a former agent with the Federal Bureau of Investigation (FBI) to help with the ongoing case. Local media outlet Tribune-Star reports that it might be two to three months, or longer, before a final decision is made. 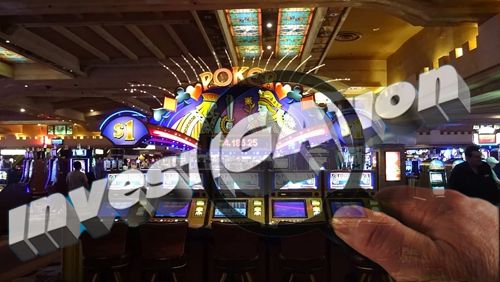 The debacle centers o Charles O’Neill, a political consultant who pleaded guilty to federal charges of making illegal corporate contributions to a congressional candidate a couple of years ago. A lot of secrecy has remained about who may have been involved in the scandal, but the accepted conclusion is that it involved Rod Ratcliff, the founder of Centaur Gaming. Centaur would lead to the creation, through the help of Indiana businessman Greg Gibson, of Spectacle.

According to the IGC’s deputy director, Jenny Reske, “The Indiana Gaming Commission is performing a review of the matter — and while I cannot disclose much of what is being investigated — I can say the Commission has retained an outside consultant to help us understand exactly what the documents we’ve received from Virginia mean and what the implications of some of that information could be.”

The IGC is participating in the investigation, but isn’t leading the show. As a result, and with federal agencies being in charge, the commission is limited in the information it can share. Reske adds, “We don’t have the legal jurisdiction or resources to conduct an investigation into a violation of federal law. So we’ll be closely watching any developments that occur and consulting with Walt Stowe, a former FBI agent, to determine the appropriate next steps.”

Spectacle’s license approval, or denial, will have to wait at least until May when the IGC meets next. Depending on how the investigation goes and how long it takes, it could be June or later, as well. “I don’t think we’re outside a reasonable time period for awarding the Terre Haute license. When we were looking at having a February meeting to make a decision, we were working on a very expedited time line [sic] because we were working with one known applicant. That initial timeline may have given the impression that any longer timeline might not be acceptable, but really a normal casino application timeline would take several months,” explains Reske.

The commission doesn’t take its job lightly and wants to make sure, were it to approve the license, that it is doing so to a company that operates aboveboard and which is prepared to fulfill its legal and fiduciary responsibilities. After all, if the company is willing to break federal laws related to campaign contributions, nothing would stop it from cheating the state out of its share of the revenue.