Stanleybet, one of the largest gambling operators in the European Union (EU), didn’t like being stuck with a tax bill for €8 million ($8.7 million) from Italy’s taxman. With a little prodding from Italian tax regulators, it took the matter up with the highest court in the EU, but the outcome was less positive than what the company had hoped it would be. The European Court of Justice has sided with Italy, and Stanleybet is now on the hook for the full tax amount. 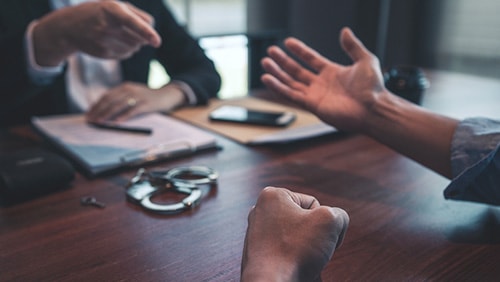 Courthouse News reports that Stanleybet had tried to argue that the tax bill was illegal and discriminatory. Originally founded in Northern Ireland in 1958, and now based in Malta, the company runs data transmission centers in Italy, where gamblers can place online bets in what can be compared to Internet cafes for gambling. Although the company may have assumed that online meant it was operating outside the country, Stanleybet apparently didn’t do its homework when it set up shop in Italy.

According to Italian law, all gambling transactions, even if through companies that are established outside the country, are on the hook for the standard gambling taxes. Therefore, the Italian finance ministry handed the company a tax bill spanning 2011 to 2015, looking for its fair share. Stanleybet balked, saying that, because it was also paying taxes in Malta, the Italian taxes were forcing it to be double taxed on those same operations, and that Italy was discriminating against foreign companies in violation of the EU charter. The Provincial Tax Commission of Parma, Italy decided that the best course toward resolution was to send the case directly to the EU high court and let it decide.

In its ruling, the five-judge court panel determined that Italy is in the clear and that Stanleybet is on the hook. The panel explained that the Italian tax “applies to all operators who manage bets collected on Italian territory, without making a distinction on the basis of the place of establishment of those operators…the imposition of that tax on Stanleybet Malta cannot be regarded as discriminatory.”

The panel also states that there is no provision in the EU charter that would otherwise preclude any member nation from creating a scenario that leads to double taxation. As a result, the case has been remanded to Italy’s courts to make a final determination.

Stanleybet will most likely assert that the tax bill is retaliation against the company. In 2003 and in 2007, the company went after Italy for what it asserted were violations of the EU charter. It won both cases. However, two more attempts at going after the Italian regime, in 2015 and 2018, came up short and the European Court of Justice, which was involved in all four cases, sided with Italy.