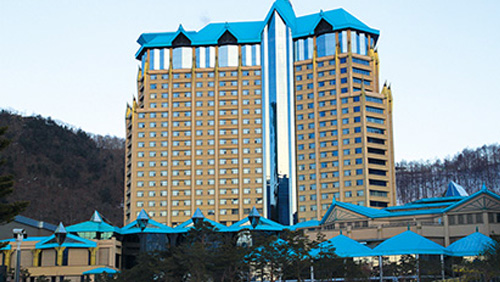 The coronavirus scare has moved beyond China’s borders, as the only resort-casino in South Korea where Korean nationals are allowed to gamble will temporarily close until 6:00 am on February 26. Kangwon Land announced the news in a filing with the Korea Exchange on February 24. The facility closed at noon on February 23. South Korea’s government put the country on its highest alert – “red” – on February 24. The number of cases of the disease rose to more than 600 people, causing the government to impose restrictions related to travel from foreign nationals. Although focused on locals, Kangwon Land decided it made sense to protect staff and guests by temporarily closing the facility as well.

This is a big blow to the resort-casino, which reported record revenue in 2019. In the fourth quarter of last year, Kangwon Land also set a revenue record with KRW393b (US$332.7m). This was a 6% increase over the same period the year before and helped profits increase by 14.2% over the same period from 2018.

With such strong revenues in 2019, many analysts believing that both 2020 and 2021 would be exceptional years as well, but those projections could now be in jeopardy. The closure is expected to cost the casino as much as KRW11 billion ($9.0 million) based on average daily casino revenue during 2019.

Even with the expected loss in revenue from a total shutdown, the fear of the coronavirus has proven to be an effective revenue killer. When Macau allowed its casinos to re-open, most that did only did so partially, as travel bans and continued fears of infection are still keeping customers away.