It was a record-setting month in Ohio as the state’s 11 casinos and racinos announced that they had smashed records for revenue in January. Meanwhile, things are not looking as bright two states to the west. For the seventh straight year, gambling revenues from the 10 casinos in Illinois decreased over the previous year. 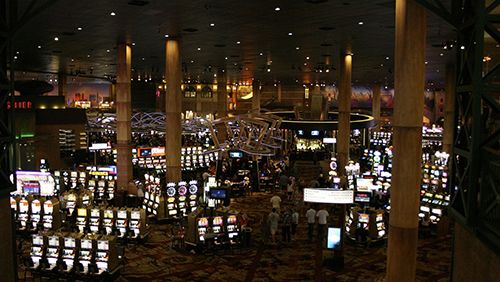 In Ohio, its facilities took in a combined $167 million in revenue, a 19% increase over the previous record in January 2019 of $141 million. That’s a big deal to the state, which receives about one-third of the total winnings.

Each of the state’s four casinos and seven racinos reported an increase in revenue in January of this year as compared to last. Leading the way was the Hollywood Casino Columbus, which took in a total $20.4 million from their table games and slot machines. Among slots-only racinos, MGM Northfield Park had the highest revenue at $22.9 million, a $1.3 million increase over January 2019.

This comes after the Ohio Lottery and Casino Control Commissions reported in January that the state had set all-time records for revenue in FY2019. The 11 facilities took in over $1.9 billion combined, a 4% increase over the previous year.

Allen County Auditor Rachael Gilroy explained that “in the last 5 years we’re up about 3 percent and over the last year it’s about 1.8-percent increase from 2019 over what 2018 was. So, we’re conservative in our numbers when we budget for it. We set it at about 1.2-million last year, we were at 1 million 257-thousand.”

Things are not quite as rosy in Illinois, according to a report issued by the state Commission on Government Forecasting and Accountability. Last year, the state’s 10 facilities took in $1.35 billion, a 1.5% decrease over the previous year and a 17.3% total decrease from 2012.

Despite the declining casino revenue, people are still playing. The report found that gambling machines are still providing huge revenue for the state, as the total amount of money made from the 33,000 slot machines in the state earned $1.7 billion last year, $503 million of which went toward taxes.

It is these numbers that are encouraging lawmakers to consider expanding gambling within the state. “The bipartisan gaming expansion will create jobs and spur economic development around the state while generating revenue to rebuild our universities, community colleges, state facilities, and hospitals,” Gov. J.B. Pritzker spokeswoman Jordan Abudayyeh said. “The administration understood the unpredictable nature of gaming revenue and took that into consideration when putting together the revenue projections for Rebuild Illinois.”

The report found that declining casino revenue was likely from the “increased competition resulting from the growth of video gaming.” Video gambling was made legal in the state last year and is now available at thousands of bars and restaurants across Illinois.