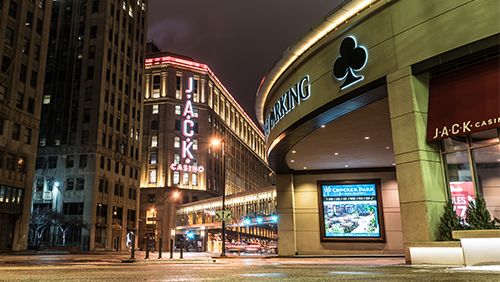 Ohio’s casinos finished 2020 firmly in the red, year over year. While the industry appears to be on the rebound, Covid-19 meant a drop of $500 million from 2019.

The drop can largely be blamed on pandemic related closured between March and June, and further restrictions on total capacity since reopening.

The four casinos in the Buckeye-state all performed decently in December. Hollywood Toledo Casino did best with $20.46 million in revenue, increasing $4 million month over month. Hollywood Columbus followed with $15.4 million, JACK Cleveland Casino was third with $13.25 million, and Hard Rock Casino Cincinnati rounds up the pack with $10.75 million. That totals for a $0.6% improvement month over month.

The group made $44 million from slot revenue, the Ohio Casino Control Commission notes, with another $15.7 million from table games. While before the pandemic, the casinos could combine to offer 413 tables over 7,000 slots, they’ve now been reduced to 254 tables and 4,768 slots.

Racinos offering Video Lottery Terminals (VLTs) saw a decline in December, month over month. They brought in $72.71 million, down from the   $73.86 million of November 2020. MGM Northfield did best for the month with $14.2 million. Eldorado Gaming Scioto Downs followed with $12.8 million, and Miami Valley placed third with at $11.9 million.

Ohio’s gambling industry saw positive growth for basically every month they were allowed to stay open, outperforming several other states with casino gambling, but lost on the year overall thanks to the months they were closed, just like any other state. Despite restrictions, casinos just kept doing better and better, and with Ohio actually loosening restrictions now to some degree, that’s a trend that looks like it might continue.