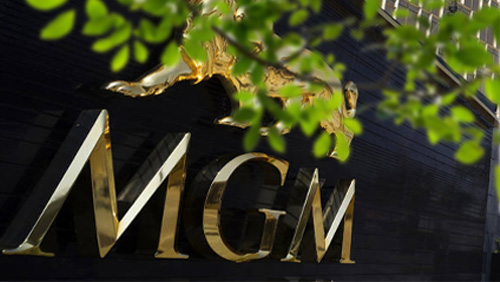 Northfield Park racino outside of Cleveland, Ohio was previously the Hard Rock Rocksino Northfield Park. It was one of the most popular gaming venues in the state and was temporarily shut down in order to go through a rebranding process after changing hands last year. MGM Resorts purchased the property in September and, as of yesterday, is now the MGM Northfield Park.

MGM purchased two properties last year – the Rocksino venue and Yonkers Raceway. They were purchased from its own MGM Growth Properties (MGP), a real estate investment trust (REIT) created by MGM Resorts, for $1.85 billion. However, MGP retained ownership to the ground on which the Rocksino stands.

Northfield Park, as is the case for the Yonkers facility, cannot offer full-scale casino gaming. It offers only slot machines and pari-mutuel wagers, but outperforms the state’s four full casinos.

Sports gambling is not yet legal in Ohio, but this isn’t stopping MGM from chumming the waters in preparation of the activity’s eventual approval. It has partnered with the Boston Red Sox as the MLB team’s “official and exclusive resort casino” and has already started to put its brand on various products and services tied to the team. Most notably, the team’s ballpark, Fenway Park, now has the iconic MGM lion displayed on its leftfield wall.

Chris Kelley, MGM Northfield Park President, is anxious to see sports gambling come to the state, but realizes there’s a process to follow. He recently told Cleveland.com, I would love to see growth in all channels. But I also realize that it is a decision for the lawmakers and regulators.”

MGM employs lobbyists whose only job is to campaign for gambling and sports gambling legislation in different jurisdictions. They almost definitely are already hard at work in Ohio, trying to convince lawmakers and the general public of the benefits of more gambling options.

MGP was formed in 2015 with the idea that it could be used primarily as MGM’s landlord. The company purchases properties from MGM and then leases them back to the casino operator. The Rocksino property created an additional payment to MGP of $60 million with the REIT still holding the title to the 110 acres beneath the venue.