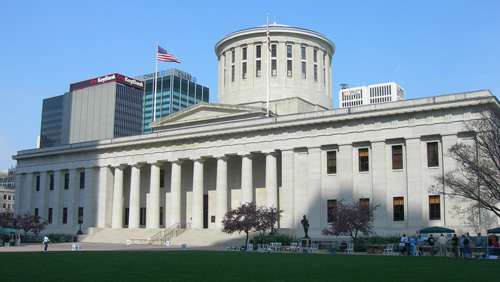 For the second time in as many months, a sports gambling bill has been introduced to the Ohio legislation. The first, Senate Bill 111 (SB 111), appeared on the surface to cover all the necessary bases, but has yet to find its footing and hasn’t been put before any committees. The new bill hopes to ensure the subject doesn’t die and is a variation of a sports gambling bill recently approved in West Virginia.

The bill was authored by Representatives Dave Greenspan and Brigid Kelly. Since Greenspan’s a Republican and Kelly’s a Democrat, the lawmakers hope the bipartisan support will keep the political infighting to a minimum. The bill would authorize in-person bets at casinos and racinos, as well as at centers run by and for veterans and fraternal organizations. Revenue generated by the state from the 10% tax placed on the activity would be used to cover education programs and for running the sports gambling program.

Lawmakers believe that Ohio could benefit by as much as $30 million each year from legalized sports wagers. Greenspan thinks the number could be higher and that it could be at least twice that amount.

SB 111 has “kind of slowed down,” according to one of its authors, Senator John Eklund. He added, “But I’m hoping that sometime in the very near term we’ll have the bill assigned to a committee and commence hearings soon.”

Eklund indicates that he is still massaging the bill and making changes so it’s more attractive. He asserts that state lawmakers have been bickering over a transportation budget dilemma that may have made the sports gambling bill less of a priority.

Ohio Governor Mike DeWine continues to watch sports gambling from the bleachers. He has said on more than one occasion that he prefers to let lawmakers hash out the details and currently doesn’t have a stance for or against the activity. He reiterated his position to reporters on Tuesday, stating, “I’ll make my opinion known after a while, but I think this is good for the legislature to hold hearings and get different opinions about how to go about doing this.”