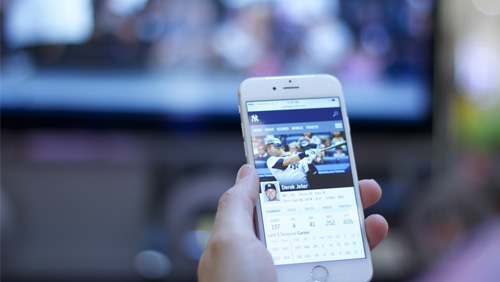 A bill is currently making its way through Ohio’s legal obstacle course in hopes of bringing sports wagers to the state. Senate Bill (SB) 111 would allow sports gambling in the state’s casinos and racinos, as well as in other venues that offer video lottery terminals. As has been seen in other states, there are still several hurdles to jump before the activity is given the green light.

SB 111 was sponsored by Senators John Eklund and Sean O’Brien. Their bill follows a “placeholder” bill that was filed in 2018 and which was designed to get the ball rolling and explore the possibility of launching sports gambling in the Buckeye State.

Under the bill, in-person and mobile betting could be offered. All gamblers would need to be 21 years old or older and any employee of sports gambling businesses would be prohibited from participating. The servers hosting the activity would need to be located within one of the state’s legal gaming venues, or in a secure facility that is owned or operated by the sportsbook or its management company. The bill doesn’t specifically state that the secure facilities must be located within Ohio’s borders; however, the recent Department of Justice opinion on the Federal Wire Act, which prohibits interstate money transactions related to gambling activity, could force the issue. That might ultimately require the servers to find space somewhere inside the state.

The Ohio Casino Control Commission would be responsible for regulating the activity and any legal gambling operator currently licensed would have to apply for a state-issued certificate to offer a sportsbook. That certificate would require a $10,000 fee and the commission would determine the requirements for an operator to launch its sports gambling operations. In addition to the $10,000 fee, the sportsbooks would also pay a fee of $100,000 every five years to continue their operations.

SB 111 has to get ready for some resistance as it progresses. The president of the Ohio Senate, Larry Obhof, has already stated that he doesn’t believe the state’s lawmakers have the authority to approve sports gambling. He asserts that the activity can only be allowed through an amendment to the state’s constitution, which means that it would have to be put to a public vote. Obhof adds that he would not support a measure to allow for a constitutional amendment, as he doesn’t believe Ohio needs to offer more gambling options.