No dice for legal sports betting in Ohio for 2018

The Ohio Constitution might have to be amended first to allow for sports gambling, according to state lawmakers. 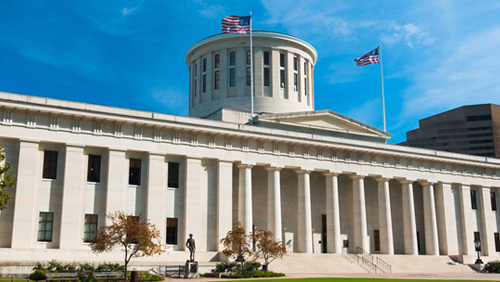 According to Cleveland.com, Ohio Senate President Larry Obhof said that a sports gambling bill introduced in July would be assigned to a committee only after the midterm elections in November, noting that the bill would not be deliberated on in plenary this year.

“I think there is a pretty serious legal question of, irrespective of the federal court decision this year—whether or not we could even have sports gaming here, if that’s something the legislature could even authorize, even if they wanted to,” Obhof said.

It was only last May that the United States Supreme Court lifted a federal ban on sports betting, allowing states to come up with their regulations on the matter.

Ohio’s Senate Bill 316, authored by Senators John Eklund and Sean O’Brien, contained only one section, stating “It is the intent of the General Assembly to develop and enact legislation legalizing sports wagering.” O’Brien has stated that their intention was for the bill’s text to be added upon, based on the input of stakeholders.

Currently, Obhof argued, the state constitution only explicitly allowed other forms of gambling, such as in casinos, which themselves were legalized through a constitutional amendment in 2009. He said that he will likely not vote in favor of an amendment to allow sports gambling.

Watchdog.org reported co-author Eklund as saying that it should be determined first whether the constitutional amendment was needed. He said that Obhof “is right to bring up the issue,” and that “[there is] nothing simple about this… [We have to] make sure we do it right.”

During the federal ban, sports betting was limited to only four states: Nevada, Delaware, Montana and Oregon. Since the Supreme Court’s decision, a legal framework for sports betting has been passed in New Jersey, West Virginia, Pennsylvania and Mississippi, with other states such as New York and Rhode Island expected to follow suit.