There isn’t too much concern that Eldorado Resorts will be greenlighted completely to take over Caesars Entertainment, but there’s always the possibility that some regulatory body will put up a fuss. That won’t happen in Iowa, though, as the Iowa Racing and Gaming Commission (IRGC) has unanimously approved the deal. It’s just the latest in continued support for the merger, and follows just a few days after regulators in Louisiana, Pennsylvania and Illinois gave their nod of support. However, as Eldorado looks to take hold of 51% of Caesars, questions remain regarding the post-merger operation of the company’s sportsbooks. 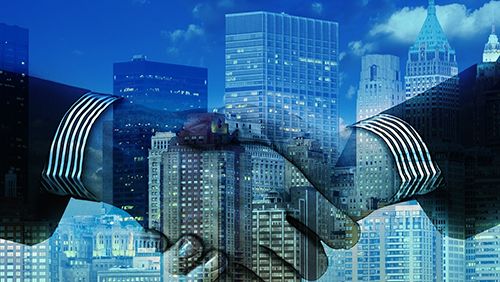 Eldorado has teamed up with William Hill on a 25-year deal to have the latter manage sports gambling operations for the casino operator. Caesars is running its own sportsbooks and, figuring out how to move forward after the merger is a challenge. Casino.org got ahold of Eldorado CEO Tom Reeg recently, who explained, “We’re working on that as we speak. We’ve got to figure that out prior to closing. If we were to just close under the current terms of the agreement, William Hill steps into the Caesars sportsbooks on the same split as we got with them now.”

Casino.org dug in and determined how sportsbooks were being managed inside the two casino giants. William Hill is leading the charge at nine of Eldorado’s properties, while Caesars has its own branded sportsbooks up and running at 29 casinos in the US. These numbers are dynamic, as one, or both, of the companies will most likely have to unload a property or two in order to appease regulators before the deal is consummated.

Executives at the two entities are still hoping to finalize the merger sometime during the second quarter, depending on how enthusiastic the remaining regulators are to sign off on it. Prior to that, Reeg would like to have the issue of the sportsbooks ironed out, but this won’t be an easy task. He adds, “There’s a lot of discussion to be had… there’s a lot of value that’s within Caesars, that’s within us, that’s within William Hill. Could we do something that’s more ambitious than just William Hill is running Caesars’ books? We’re examining that, and this is a logical time to try to figure it out.”

Nevada and New Jersey could prove to be the trickiest for regulatory approval of the merger, but everyone else seems to be onboard. There are now 14 states remaining on the list of needed approvals, and time is running out if the deal is to be complete before this summer.