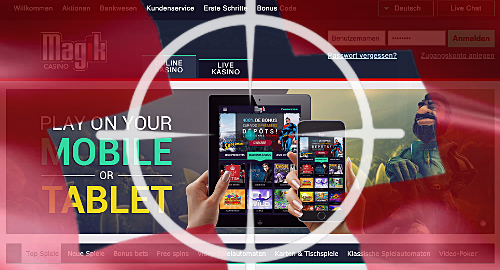 Switzerland’s online gambling blacklist is growing again, while the nation’s online poker fans are getting frustrated with their lack of legal options.

On Tuesday, Switzerland’s federal gaming board (ESBK) issued the latest updates to its list of internationally licensed online gambling domains that local internet service providers are required to block. The current update adds 35 domains to the list, bringing the total number of naughty names to 145 since the most recent update last November.

The new entries primarily consist of bog-standard online casino sites associated with Cyprus-based, Curacao-licensed operators, some of which openly promote their availability to Swiss punters by offering them deposit bonuses in Swiss francs.

The somewhat downmarket focus of the ESBK’s blacklist suggests that the regulator has been largely successful in convincing most mainstream online gambling heavyweights to kick their Swiss customers to the curb following the passage of the country’s new online gambling laws.

The Swiss Lottery & Betting Board (Comlot) issues its own online gambling scarlet letters but the regulator has yet to issue an update to its November 26 blacklist, which contained 88 prohibited domains.

Switzerland has so far approved six land-based casino operators to offer online casino and poker games but to date none of these sites is offering a poker product other than video poker. For example, Grand Casino Baden’s Jackpots.ch site states that it still needs “a few more days to make everything perfect” for poker players. Other sites don’t even mention poker.

Switzerland has been all over the poker news media of late for all the wrong reasons. The country reportedly acted on an extradition request issued by the United States last year after PokerStars founder Isai Scheinberg made an ill-advised decision to visit the land of chocolate. Earlier this month, Scheinberg decided you can’t fight city hall and surrendered to New York authorities to resolve his nearly decade-old Black Friday criminal indictments.