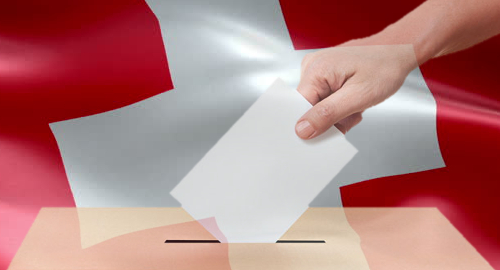 Switzerland’s legislature has approved its controversial new gambling laws, but a voter referendum could undo the plans before they take effect.

On Friday, Swiss legislators gave final approval to the country’s new gambling rules, which will allow local land-based casinos to offer online casino and poker games for the first time. To ensure these online operations are a success, the bill also requires local internet service providers to block the domains of internationally licensed gambling sites.

That last item has earned the ire of local ISP groups, who claim the government is assigning them extra responsibilities without providing any funding to offset the associated costs. Within hours of Friday’s vote, the Internet Society Switzerland Chapter (ISOC-CH) had announced it would support a referendum aimed at overturning the new gambling law.

The new gambling rules are set to take effect in January 2018, but Swiss law states that if a group can collect 50k signatures from Swiss citizens, any piece of legislation can be put to a national referendum. The push for signatures will start on October 10, and the organizers will have 100 days in which to garner and validate the necessary 50k names.

The referendum is being spearheaded by the Young Liberals, the youth wing of the center-right Free Democratic Party (FDP), with the assistance of the Green Party. The referendum push is also supported by the so-called Pirate Party and the Digitale Gesellschaft, a non-profit group that advocates for internet freedoms.

Swiss casinos have been busy making preparations in expectation of being allowed to take their action online, although they’re not particularly wild about the new law’s taxation section, which ensures that punters’ casino winnings over CH 1m (US $1m) are taxed, as is already the case for lottery and land-based sports betting winnings.

The new gambling law would also permit the organization of live poker tournaments outside casino premises, but only on the condition that the tournaments remain small-scale affairs.