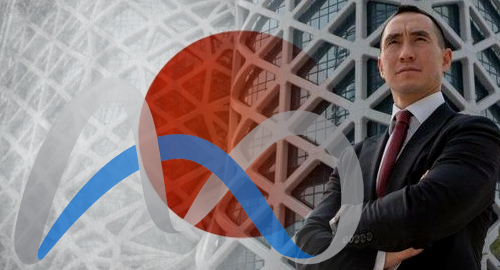 Casino operator Melco Resorts & Entertainment (MRE) has reportedly found itself caught up in a growing political corruption scandal in Japan.

On Friday, Japanese media outlets reported that the Tokyo District Public Prosecutor’s Office had raided the local office of an unidentified Macau casino operator. The reports indicated that the authorities had seized certain documents and that the unnamed casino operator was “a possible party to bribery.”

Shortly after those reports surfaced, Inside Asian Gaming reported that the Macau casino operator in question was MRE, and that the raids in question happened on January 17th and 20th.

Japan is currently gripped by a scandal in which several public officials, including Liberal Democratic Party member Tsukasa Akimoto, have been accused of accepting bribes from Chinese online lottery operator 500.com, which had hoped to become one of the lucky few companies to win a Japanese integrated resort license.

Prosecutors have alleged that individuals connected to 500.com illegally brought undeclared money into Japan and gave that money to Akimoto. The working theory is that 500.com was seeking to influence Akimoto, who held a position of influence in Japan’s casino development process, into recommending 500.com for one of the three licenses up for grabs.

Akimoto resigned from the LDP following his arrest but continues to insist that he’s done nothing illegal. Japanese Prime Minister Shinzo Abe has paused the country’s rollout of gambling regulations but also vowed to stick to the stated casino licensing timeline.

Japanese media reported that the Macau casino operator whose Tokyo offices were raided had confirmed that Akimoto visited one of their casinos in Macau in 2017 “but nothing illegal occurred.” The operator stressed that “no perks such as meals or accommodations or entertainment were provided and no benefits were received.”

MRE boss Lawrence Ho (pictured) will undoubtedly not appreciate this type of media attention, particularly now. MRE has been among the most ardent suitors of a Japanese casino license, promising to match capital expenditure of any other rival and even vowing to relocate its corporate headquarters to Japan should it be permitted to build an integrated resort.

But MRE is also currently fighting for its right to own a major piece of Australian casino operator Crown Resorts. MRE struck a deal last year to buy 20% of Crown but this deal was paused amid a flurry of controversy over MRE’s ties to companies with which Crown was forbidden to associate. The controversy is the subject of regulatory hearings that just got underway this week.

Crown issued a statement saying only that the reports were “a matter for Melco.” MRE has yet to comment on the reports but is expected to issue a statement on Monday following the Lunar New Year celebrations.