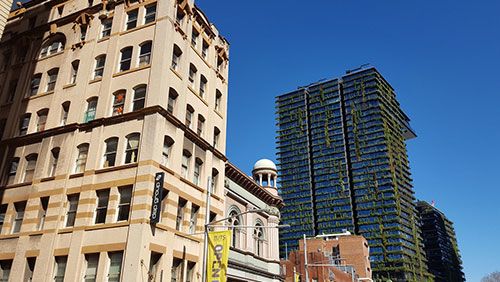 Regulators in New South Wales (NSW) want to determine if Crown Resorts is worthy of continuing to operate casinos in the Australian state.  Concerns surrounding the possible purchase of a stake in the company by Melco Resorts & Entertainment surfaced last year and have thrown Australia’s leading gambling entity into further turmoil, potentially bringing an end to the reign it has enjoyed for years. The Guardian reports that an official investigation into whether or not Crown should be allowed to keep its license is set to get underway this week.

In the wake of a scandal that saw several employees arrested in China, allegations that the company allowed criminals to maintain VIP accounts and other regulatory missteps, Crown faced yet another attack when the news of the 20% stake-grabbing deal by Melco was announced. When the company was approved for its gaming license in 2014, one of the provisions of the agreement was that Crown would not do business with Stanley Ho, the father of Melco boss Lawrence Ho, or any of its 60 companies or persons tied to those companies.

After the Crown-Melco deal was first announced, it was determined that the elder Ho was a director of Lanceford Company, Ltd., one of those 60 companies that remains on the forbidden entity list. Subsequently, it was also discovered that Stanley Ho is the owner of another of the banned companies, Great Respect.

The investigation is going to be led by NSW Supreme Court judge Patricia Bergen and is expected to get underway tomorrow. This is one of three investigations into Crown, with this one having been initiated by NSW Independent Liquor and Gaming Authority. There are also public hearings that are going to be conducted by the Australian Commission of Law Enforcement Integrity and another by the Victorian Commission for Gambling and Liquor Regulation casino authorities. These latter two are being put on the back burner, pending the results of all the ongoing probes into the company.

While it wouldn’t be difficult for Crown to argue that the inclusion of Stanley Ho in one of the large number of Melco subsidiaries was an oversight, it is going to have a difficult time justifying the myriad of other allegations that it faces.  The fact that an individual tied to a supposed war criminal was able to repeatedly gamble at its venues isn’t going to help its case, either.

Only making things worse, Crown is accused of having facilitated travel visas for VIPs to enter the country who would have otherwise been turned away.  The VCGLR asserts, “If commonwealth investigations identify misconduct by Crown or its employees, the VCGLR may be able to use this information in order to consider appropriate action.”  However, it doesn’t indicate how it defines “appropriate action.”