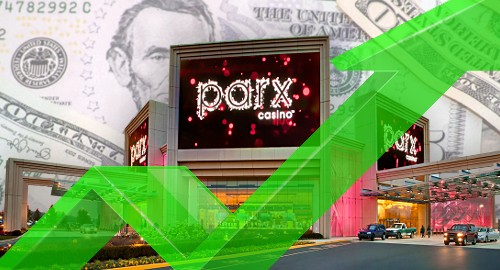 Pennsylvania casinos reported record gaming revenue in 2019 with a wind assist from their new online gambling and sports betting verticals.

On Thursday, the Pennsylvania Gaming Control Board (PGCB) announced that its statewide gaming revenue total for 2019 was $3.41b, nearly 4.5% higher than the $3.26b the state reported in 2018. Total gaming revenue for the month of December came to $291.9m, a 3.4% rise over the same month last year.

ONLINE GAMBLING
The state’s fledgling online gambling market – which only launched last July – brought in $33.6m in 2019, with $20.9m from slots, $8.2m from table games and $4.4m from poker. The poker number is impressive, given that The Stars Group’s PokerStars brand was the sole site to launch poker last year and didn’t start dealing cards until November.

However, Mount Airy was the clear online revenue champ in the month of December with over $4m, nearly $2.5m of which came via poker. December’s runner-up Rivers Philadelphia was well back with just under $3m.

SPORTS BETTING
Pennsylvania’s first full year of legal sports betting produced revenue of $84.1m – neatly split between digital ($43m) and retail ($41.1m) – on betting handle of nearly $1.5b. The handle figure is only one-third of the sum reported last year in neighboring New Jersey, where digital betting plays a much larger role.

December’s wagering revenue came in just under $11.4m on handle of nearly $342.6m. The sportsbooks played unlucky compared to November, when they won $14.7m on handle of $316.5m. Valley Forge claimed nearly half (46%) of December’s handle and over one-third of revenue, with all but $107k of its $4.1m revenue coming via digital channels.

Rivers Pittsburgh ranked second on December’s revenue chart with $2m, while Rivers Philadelphia placed third with $1.7m despite handling around $2.5m more wagers than its sister site in Pittsburgh. Meadows Racetrack and its DraftKings partner jumped into third place on the handle chart in just its second month of operation.

OTHER VERTICALS
Pennsylvania’s fantasy sports revenue totaled nearly $25.9m last year, a 69% rise over 2018’s total. The state’s video gaming terminal (VGT) operations, which didn’t get underway at local truck stops until August, reported revenue of $2.3m. The year closed with 20 establishments offering a combined 100 VGTs, most of which were operated by Penn National’s Marquee affiliate.