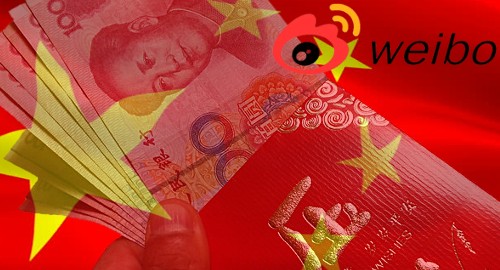 China’s social media giants are heeding their government’s call to crack down even harder on online gambling in 2020.

On Tuesday, Chinese firm Sina Weibo issued a statement recounting its efforts to crack down on unauthorized gambling via its microblogging platform in 2019 and detailing its plans to crack down even harder in the current year.

Weibo said it identified over 6.4m unauthorized gambling promotions and closed more than 3m illegal gambling accounts in just the second half of 2019. Weibo ‘disposed of’ 360k short links for gambling and ‘vulgar diversions’ in the final three months of the year.

The crackdown became more effective after Weibo upgraded its systems and strategies for identifying and eliminating unauthorized content. Weibo has vowed to redouble its efforts through both automated and manual screening and to forward information on any potentially criminal activity to public security officials.

Weibo’s message came just 24 hours after China’s Ministry of Public Security issued its own statement calling on all aspects of society to up their game to build awareness of unauthorized gambling and to ensure that no one lets anyone else do anything the government doesn’t want them doing.

Weibo’s activity, and that of China’s other major social media platforms, will be under greater scrutiny over the next month as the Lunar New Year celebrations approach. Recent years have seen an explosion in the sending of hongbao aka ‘red envelopes’ of digital cash to family and friends to celebrate the new year holiday.

These red envelopes have proven extremely popular since their introduction a few years ago – Alibaba’s Taobao ecommerce site will handle an estimated RMB2b (US$290m) of hongbao during this year’s holiday – but enterprising netizens have also found ways to organize digital gambling pools using the service.

Both the networks and the authorities have done their best to root out these pools but with literally billions of these digital envelopes flying back and forth between netizens each January, vowing to eliminate illicit activity is easier than actually doing it.