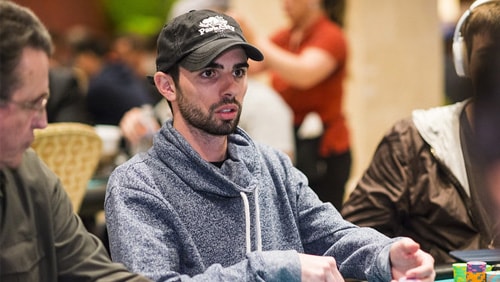 Having already won a WPT Main Event, Griffin Paul closed out his week by racing past 2,309 other entries to take down the WPT500 title in Los Angeles and in doing so win $174,850 and a prestigious record in the process.

With only Craig Varnell having achieved the seemingly impossible achievement of winning both a WPT500 Main Event and a WPT Main Event, Griffin Paul might have come into the event under pressure, at least by the shadow of history hanging behind his hunched form at the final table, lengthening into the night as he got closer to his dream.

Upon his moment of victory, however, the lights were able to blow any foreboding shadows away as Paul reached for immortality in the World Poker Tour and grab his slice of history after beating Bradley Hinson heads-up.

The WPT Seminole Hard Rock Poker Showdown in 2015 was the scene for Griffin Paul’s WPT Main Event victory and he repeated the trick at The Gardens Casino in La La Land, which had a prize-pool of over $1.1 million.

With the final table reconvening with Griffin Paul in front of the field by some degree apart from the person who would end up as his heads-up nemesis, Bradley Hinson, Paul would have hoped to keep his lead longer than he did. In fact, it was Hinson who got to the best start, surging past Paul into the clear lead when he held pocket aces and held with ease to vault into a hugely dominant position.

That stayed the same until the field had been reduced further, from the nine who had sat down to just five players. The table captaincy had changed, but the chase for the top prize hadn’t. Huy Lam had pocket queens but couldn’t hold when Griffin Paul flopped a set of threes to cook Lam’s tournament.

Paul was on a roll and pressed his edge when he called a sizeable shove from Tim Tang. Paul was behind, holding king-queen, which would need to hit against Tang’s ace-five. It did, and to dramatic effect when a queen landed on the river, and Hoang Le was dispatched by Paul too, which gave the eventual winner a big lead.

Heads-up saw Griffin Paul go into the duel with a 2:1 lead, and it wouldn’t take long for the match-up to come to an abrupt end. Hinson was finished when he bluffed the river having missed his straight and flush draws on the river. Paul’s call, with two pair, was correct and he won the third-biggest score of his career, behind only that million-dollar win in Florida and a 5th-place finish in the $7,500-entry WPT Bay 101 Shooting Star Championship.

After the phenomenal achievement of Craig Varnell, Griffin Paul’s copycat motif to winning huge World Poker Tour events, in a deep field which included tough players who cashed such as Matt Salsberg, Kate Hoang and Nick Pupillo, Griffin Paul deservedly carved out his own Hollywood ending to an incredible story.