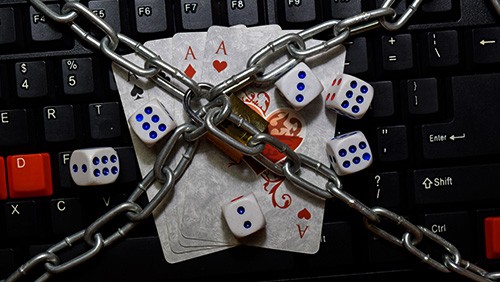 The UN has a strict policy that prevents North Korean nationals from working in Cambodia. This is part of a sweeping package of sanctions against North Korea and its leader, Kim Jong-un, but hasn’t stopped a group of individuals from the country from trying to skirt around the rules. According to a report by The Khmer Times, 16 North Koreans have been busted for their role in an illegal gambling outfit that was targeting mainly Chinese gamblers.

The individuals were reportedly working in Cambodia as IT employees for the gambling operations. They had entered the country legally on tourist visas before landing their jobs and remaining in the country after their visas had expired. According to law enforcement, they had been in the country for over a year.

The chief of the provincial immigration police department, Brigadier General Chea Kimsan, indicated that the arrests took place January 3 during a sweep in the city of Siem Reap. He explained to the media outlet, “Cambodia is a member of the United Nations and has to follow the sanctions. According to UN sanctions, North Korean nationals are not allowed to work in Cambodia, but these 16 men used tourist visas and worked illegally for nearly a year in the Kingdom.”

Cambodia rose quickly over the past two years as a hub of online gambling activity, both legal and illegal, that primarily targeted Chinese nationals. After things got out of control, with operators ignoring a number of health, construction and employment laws, the country clamped down on online gambling, refusing to issue any new licenses and unwilling to renew any current permits. By this August, all online betting activity is expected to be gone (except for the underground sites).

Those who violate the new anti-gambling laws are going to be marked as “gangsters,” per a recent report by Cambodia’s top law enforcement agency. However, the 16 unidentified North Koreans escaped that fate. They were essentially given a slap on the wrist and told to leave the country, as they hadn’t been found to have committed any other offenses during their time in Cambodia.

Said the police chief, “Apart from illegally staying and working in the Kingdom, the 16 men did not commit any other crime. So, we ordered them to leave Cambodia on their own by Tuesday.”