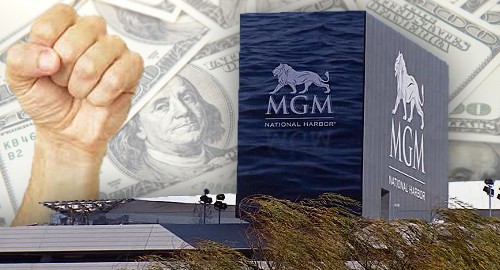 Figures released Monday by the Maryland Lottery & Gaming Agency show the state’s six casinos generated total gaming revenue of $149.1m in December, up less than 1% from the same month last year but around $8.3m higher than November 2019’s total.

MGM’s National Harbor casino very nearly surrendered its traditional market-leading position in November but re-established its authority with total gaming revenue of $62.6m in December, up 4.5% from December 2018 and $8.7m higher from November 2019.

Cordish Gaming’s Live! Casino & Hotel, which came within $1m of dethroning National Harbor in November, couldn’t keep pace with its rival in December. Live! took in $51.8m in December, a 3.4% year-on-year rise but only about $1m higher than November’s mark.

Caesars’ Horseshoe Casino Baltimore, which has struggled the most following National Harbor’s December 2016 opening, continued that struggle in December. The Shoe’s revenue slid 15.7% year-on-year to slightly over $18.7m, flirting with the property’s all-time low of $18.3m last August.

No Maryland casino would turn down an extra revenue stream, which could be on the way if state legislators approve a new bill pre-filed by state Sen. Chris West ahead of the 2020 legislative session. Sadly, any such measure would require passing a voter referendum this November before it could be implemented, so a betting boost won’t likely arrive until 2021 at the earliest.