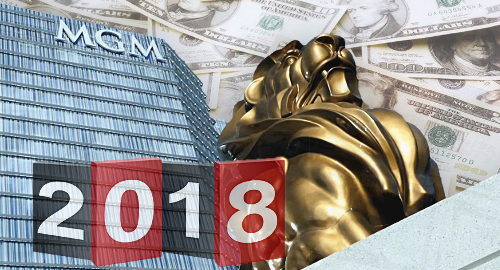 Figures released Monday by the Maryland Lottery and Gaming Agency show statewide casino gaming revenue hitting $148.4m in the month of December, a 5.2% improvement over the same month last year and $8.4m better than the market reported in November 2018.

The state’s market-leading venue, MGM Resorts’ National Harbor, opened its doors in December 2016, making 2018 the first year in which proper apples-to-apples comparisons apply. National Harbor had a solid December, rising nearly 6% to $59.9m, while its annual haul was up 15.8% to $705m.

Horseshoe Casino Baltimore was down 7.2% to $22.2m in December, which sounds bad until you realize that November’s decline was 14.2%. And if Caesars Entertainment is really into focusing on the positives of these negatives, the Shoe’s annual revenue of $260m was a mere 4.2% below 2017’s take.

Ocean Downs shot up 45.2% in December to $5.4m, thanks to the fact that the property’s gaming tables earned a mere $54k in December 2017, the month they first appeared. For the year as a whole, Ocean Downs revenue jumped by nearly one-quarter to $75.8m, of which $7.8m came via those shiny new tables.