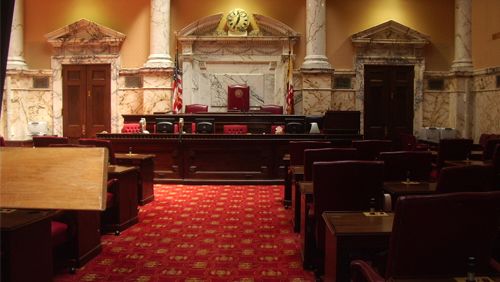 Just before the calendar turned to 2020, one Maryland senator pre-filed a bill to make sports betting legal in the state. Republican Senator Chris West filed SB 58 to be debated and likely be voted upon during the 2020 legislative session.

The bill would make it legal for casinos and certain racetracks to to operate legal sportsbook operations within the state. This kind of activity could generate between $40 million and $60 million in tax revenue.

State lawmakers tried to bypass this provision last year when they included an amendment to the state lottery bill that included sports gambling. However, many lawmakers saw this for what it was, an attempt to get around the state constitution, and opted not to even bring it to the floor for a vote.

While there are bridges to cross first, many in the state are already preparing for the likely legalization of sportsbook operations. Live Casino & Hotel has already put out feelers to hire an executive who would manage their sports betting operation.

In addition, the Anne Arundel County casino has recently listed a job post on their job portal site looking for a manager for their sports betting program. Within the job posting, they explain that they are looking for “leadership, management performance and operation of setting up the Race & Sports Book Operations program, logistics and team members.”

Clearly, many within the state are already preparing for what seems to be the inevitable. However, there are a number of obstacles. It starts with the fact that the current bill provided little in the way of detail, meaning that many of the provisions of the sportsbook legislation must still be determined.

What is known is that there will likely be licenses offered to 11 different sportsbook operators. Licenses will be issued to owners of video lottery operations or thoroughbred or harness racing operators. There are currently six casinos and five pari-mutuel facilities that operate in Maryland and it is likely that each one of these will receive one of these sports betting licenses.

To make the bill more palatable to voters, it is expected that the vast majority of the tax revenue that is received will be used towards public education funding.