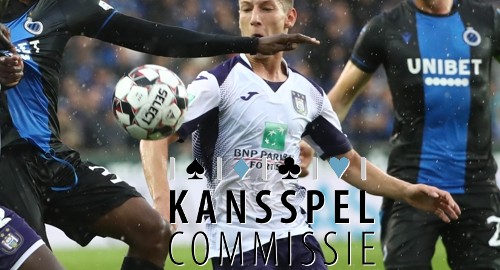 On Friday, the Belgian Gaming Commission (BGC) released a voluminous report (viewable here, in Dutch) on gambling advertising during the 2019 playoffs of the Jupiler Pro League, the top tier of Belgian football.

Belgium imposed tough new restrictions on gambling advertising in June 2019 that included a ban on betting promos during live sports broadcasts. But the BGC now says that prohibition doesn’t go far enough, citing evidence that football fans were exposed to “large scale” gambling ads “in every medium that can be linked to the football events and the surrounding experience.”

The report notes that football fans are exposed to betting promos from the moment they purchase a match ticket, thanks to their teams’ sponsorship relationships with betting firms. The BGC further notes that the Kindred Group’s Unibet brand sponsors the Jupiler league as a whole, giving the brand a presence on each match ticket.

Of the Jupiler league’s 14 teams, 11 of them feature the logo of a gambling company on their kit. Gambling operator logos also appear frequently on pitch-side advertising boards, with a higher emphasis on appearing visible to television viewers rather than individuals sitting in the stands. For example, gambling logos appear in the dugouts and player tunnels, which are only visible to viewers at home.

Despite the live sports ad ban, the BGC found betting ads were overrepresented in the commercial breaks immediately prior to and following live sports broadcasts. Betting ads also featured prominently in match analysis programs, as well as on sports-focused news websites.

The BGC is alarmed by all of these promos due to a separate study showing betting activity increased by around 30% during the 2019 Jupiler playoffs compared with the regular season. The average total sum wagered per day on regular season matches was €3.34m but this increased to €4.27m per day during the playoffs.

In September, the Belgian Association of Gaming Operators (BAGO) offered to implement further curbs on their ability to promote their products but resisted any attempts for further restrictions on online promos or sports sponsorships. BAGO also called on the government to impose similar restrictions on the state-run National Lottery.

The BGC held a consultation with its licensees late last year to determine the impact of the new advertising rules. The new report suggests further curbs are in the works, regardless of the impact on operators’ bottom lines.