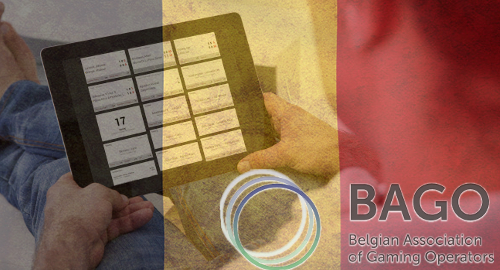 Belgium’s biggest private gambling operators have voluntarily agreed to halt most of their advertising efforts but want the government to force the state-run lottery to follow their lead.

This weekend, the De Tijd newspaper reported that the five members of the Belgian Association of Gaming Operators (BAGO) – the Ardent Group, Betfirst, Golden Palace, Napoleon Games and the Kindred Group’s Unibet brand – had agreed to stop advertising via radio, television, newspapers, magazines, bus shelters and outdoor billboards as of January 1, 2020.

In June, Belgium introduced strict new limits on gambling advertising, and while these plans are currently the subject of legal challenges, the Belgian Gaming Commission (BGC) is conducting a consultation with stakeholders to determine how they’re coping with the new rules. The BGC’s deadline for “practical comments” on this subject is October 4.

The BGC is also holding an in-person meeting on October 15 at which online gambling licensees will have the opportunity to present their observations and concerns. There’s a limit to how many operators will be invited to attend this meeting, so interested parties need to announce their desire to attend by October 11.

The National Lottery was exempted from the advertising restrictions, a gift the five BAGO members find unwarranted, given Mewissen’s view that the Lottery is “of course also a game of chance” and thus should be subject to the same set of rules that private operators must observe.

Crucially, the five BAGO operators’ offer to curb their advertising won’t apply to online promotions or sports sponsorship. Mewissen claims that the only way that the government can achieve its goal of channelling Belgian punters to Belgian-licensed sites is if those operators are allowed the freedom to advertise their products online. “Otherwise we will be blown away by the illegal sector.”

BAGO has previously cited studies that claim an overly restrictive advertising regime would allow internationally licensed online operators to control over half of Belgium’s market within five years of the new rules’ implementation.

BETWAY GOES DARK IN BELGIUM
Meanwhile, online gambling operator Betway’s fight with the BGC had forced the operator to suspend its Belgian-facing operations. The Betway.be site currently features a notice saying that the company needed to “make some changes to the Betway software” due to “a change in regulation.”

Earlier this year, the BGC announced it had “started a sanction procedure” due to what it deemed “the lack of transparency” in Betway’s ownership structure. The BGC also took issue with two Betway subsidiaries being issued separate gambling licenses – one for online, the other for land-based gaming – in violation of Belgian gaming regulations.

Belgium requires its online licensees to partner with a land-based gaming operator. In August, the country’s Council of State annulled Casinos Austria International’s online betting and casino licenses, on which Betway’s Belgian site piggy-backed. The BGC cracked its whip because the Betway.be site offered both betting and casino products from the same domain, another BGC no-no.