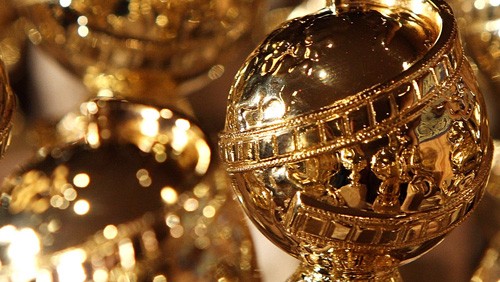 The start of every year’s award season begins with the Golden Globes, which airs January 5 at 8:00 pm ET, and that’s just perfect. Not only do you get a little bit of a taste of the best TV and movies, but you also get to see all your favorite celebrities getting a little bit wasted to celebrate the past year. We’re taking a look at the odds for the top categories, care of Bodog.

Best Actor and Actress In A Motion Picture Musical Or Comedy

The comedy category at the Globes is always a bit tricky, as many of the best performances barely fit in what you would consider as funny. What you end up getting are lots of great performances that just simply aren’t Academy material.

On the mens side, I think Eddie Murphy makes a lot of sense as the favorite, considering the warm recognition Dolemite Is My Name is getting. Don’t count out the longshot in Roman Griffin Davis though, Jojo Rabbit could steal a few awards, or atleast give host Ricky Gervais the chance for some terrible jokes.

For the actresses, Awkwafina is favored here for The FareWell, but I’ve been a bit of an Ana De Armas fan ever since Blade Runner 2049. I’ll be rooting for her here.

Best Actor and Actress In A Motion Picture Drama

The big question with this category will be what the Hollywood Foreign Press is looking to reward. Joaquin Phoenix’s Joker was absolutely captivating, but did it grab foreign critics as strongly as it did the American zeitgeist? I think he’s a solid bet with Adam Driver as a close second, but if neither get the award, all of the long shots could bring a nice profit.

On the ladies side, Zellweger returns to form with a totally convincing portrayal of Judy Garland, but once again, will the Hollywood focused movie win the foreign press over? I personally like Scarlett Johansson quite a bit here.

I don’t have too many thoughts here, so I’ll make them point form. Fleabag is correctly a huge favorite here, as the BBC choice for a foreign press award, and the winner at the Emmys. The Politician has no chance of winning, I’d bet the house on it. If Barry hadn’t already lost at the Emmys, I’d bet on it, but this is Fleabags to lose.

The only returning nominee here is Killing Eve, which lost to The Americans last year. That being said, I believe the first season of Succession won’t beat out The Crown, purely based on which show my mother prefers to watch.

I just don’t understand Quintin Tarantino’s movie as the favorite in this category. For me, the two standouts here are Jojo Rabbit and Knives Out, and I totally understand either of them winning. As I’ve written above though, I believe the current tone of the world is ready for another movie making fun of Hitler to be on top, so give the Rabbit his due.

Finally, the most prestigious category of the night, and a pretty significant sign of which movie will win at the Academy Awards. That wasn’t the case last year though, where Bohemian Rhapsody won at the Globes, but lost to Green Book at the Oscars.

This is a tricky category, as each movie comes from such a different place. The favorite and the longshot, both Netflix movies, are mostly about old white men talking, and I don’t see either winning. The Joker was absolutely a bombshell movie in 2019, but it’s been praised more for the performance of Phoenix than the overall production, which can feel heavy handed. The ambitious 1917, done in a one-shot style, is a serious contender with lots of critical praise. The only movie to have a higher Rotten Tomatoes score though is Marriage Story, and that’s my pick here.