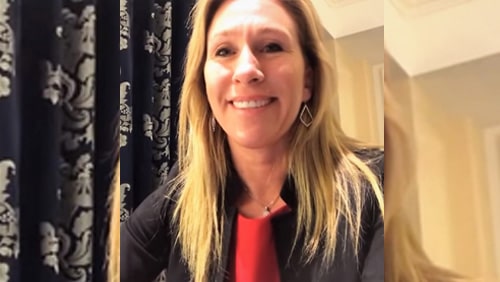 Freshman Congresswoman Marjorie Taylor Greene, a Republican from Georgia’s 14th district, has already made an impact on her peers, but not in the way you’d usually hope for. The controversial, QAnon supporting legislator is already the matter of debate and scrutiny, leading to speculation that she may be stripped of her committee responsibilities, and even ejected from Congress.

Expelling a member of congress requires a two-thirds majority of the House, or 290 votes. With Democrats in control of 221 seats, they would need to convince 69 Republicans to vote out Greene, which in all likelihood will only happen with the support of Minority Leader Kevin McCarthy.

So what has Greene done wrong? Well for starters, she is seen as one of the lawmakers responsible for the January 6 insurrection at the Capitol building. She denies this, blaming it on Democrats. Other lawmakers noted they were also uncomfortable with Greene’s refusal to wear a mask when they sheltered from the domestic terrorists.

There’s also the matter of Greene’s prior, QAnon-inspired comments. Nancy Pelosi has specifically called for her to lose her committee appointments over comments, calling her an enemy within for previously calling for the execution of prominent House Democrats (Pelosi included), as well as her comments that school shootings were staged.

This isn’t just political theatre, either. Democrats say they are afraid to be around her, with another freshman demanding a change of office to get away from her.

If McCarthy needs Republican support to be rid of Greene, he doesn’t have to look very far. Senate Minority Leader Mitch McConnell doesn’t like anything she’s about. “Somebody who’s suggested that perhaps no airplane hit the Pentagon on 9/11, that horrifying school shootings were pre-staged, and that the Clintons crashed JFK Jr.’s airplane is not living in reality,” said McConnell. “This has nothing to do with the challenges facing American families or the robust debates on substance that can strengthen our party.”

Greene is expected to meet with McCarthy to discuss all of her scandals, and so that he can decide if he’ll have her back, or side with Democrats already filing motions to expel her. Setting the table for that meeting is Greene’s call with former President Donald Trump, which she said was “great,” and McCarthy’s own meeting to kiss the ring.

So the question of if Greene will keep her seat may come down to the same question we’ve been asking for more than 4 years: What does Trump want?