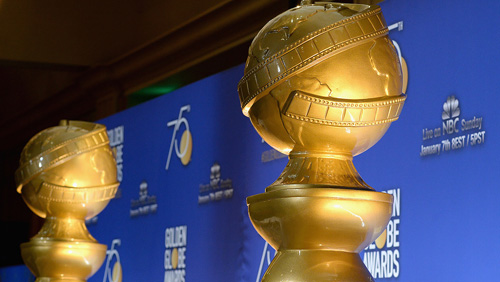 If you’re a movie buff, the Golden Globes is your cue that awards season has started. If you’re also a gambler, Bodog’s been thinking of you, and has released their odds for the 76th Golden Globe Awards.

The Hollywood Foreign Press Association (HFPA) has a knack for hosting one of the more amusing awards ceremonies, and hopes to do so again on January 6. Sandra Oh and Andy Samberg will host, and the HFPA will recognize the best in cinema and television.

Vice, a film about former Vice President of the United States Dick Cheney, leads all nominees with six chances at a Golden Globe. If you’re looking to bet on a favorite though, you may want to take a closer look at A Star is Born. Let’s get into the major categories:

The huge favorite to win best drama, perhaps the most prestigious category, is A Star is Born. The Bradley Cooper, Lady Gaga film has a lot of buzz going into award season, and is favored across multiple categories. It opens at 2/9 odds.

Trailing behind with punters are If Beale Street Could Talk at 11/2 odds, BlacKkKlansman and Black Panther at 11/1 odds, and Bohemian Rhapsody at 16/1 odds.

The front runner here is less clear. Green Book is a slight favorite at 23/20 odds. Confusingly, The Favorite is not the favorite, at 8/5 odds. Vice lags behind at 3/1 odds, and the long shots are Mary Poppins Returns and Crazy Rich Asians at 14/1 and 25/1 odds respectively.

The HFPA nominated a foreign-language director here, and he’s the current favorite to win. Alfonso Cuarón, director of Roma, opens at 2/5 odds. The category is stacked though, and you can’t count out Bradley Cooper (11/4 odds), Adam McKay for Vice (10/1 odds) or Spike Lee for BlacKkKlansman (14/1 odds). Peter Farrelly, director of Green Book, isn’t far behind either, at 16/1 odds.

Can Rami Malek win for his captivating performance as Queen front-man Freddy Mercury? Current odds have him at 5/2, just slightly behind juggernaut Bradley Cooper (1/3 odds). Willem Dafoe, who’s never won a Golden Globe despite two nominations previously, is currently at 14/1 odds. John David Washington (BlacKkKlansman) and Lucas Hedges (Boy Erased) round out the group at 18/1 odds.

Meryl Streep isn’t nominated, and we have a pretty interesting field to pick from. Lady Gaga has come a long way since her start as Girl at Swimming Pool #2 in the Sopranos, and she leads the pack at 2/5 odds for A Star is Born. Veteran film actresses Glenn Close (The Wife) and Nicole Kidman (Destroyer) are no pushovers though, and they come in at 11/4 and 11/1 odds respectively. Melissa McCarthy (Can You Ever Forgive Me) and Rosamund Pike (A Private War) round out the group at 12/1 and 14/1 odds.