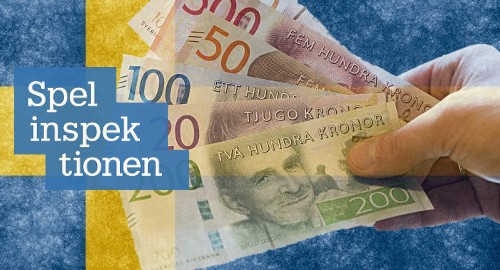 Sweden’s gambling regulator is closing out the year by seeking the ability to impose stiffer fines on companies that violate anti-money laundering (AML) regulations.

Spelinspektionen noted that many of its online gambling licensees “turn over large amounts and have a strong financial position.” Sweden’s largest licensees reported turnover of hundreds of millions of euros during the first nine months of 2019, which in Spelinspektionen’s view makes a €1m penalty “not sufficiently noticeable.”

Spelinspektionen wants to harmonize the AML penalty rules with those for violating the Gaming Act, i.e. a maximum fine of 10% of a licensee’s turnover in the previous fiscal year.

In November 2018, Spelinspektionen imposed an SEK8m (€768k) penalty on Svenska Spel’s Casino Cosmopol division for “serious and systematic” AML shortcomings, but this fine was reduced to SEK3m after Svenska Spel appealed the fine to the Administrative Court of Linköping.

ASPIRE GLOBAL, GENESIS GLOBAL WIN REDUCTION IN PENALTIES
This week, Spelinspektionen’s enforcement arm was once again undermined by the Linkoping court, which declared that the penalties imposed on online casino licensees Aspire Global and Genesis Global this spring were too high.

The two firms were accused of failing to strictly screen customers’ names to ensure they weren’t listed on the country’s Spelpaus gambling self-exclusion registry. Genesis Global was hit with a SEK4m penalty while Aspire was ordered to pay SEK3m.

This week, the court upheld Spelinspektionen’s right to impose the penalties but ruled that the regulator had overestimated the size of the penalized companies’ operations. Spelinspektionen wasn’t eager to publicize how great a reduction the court allowed but Aspire’s CEO told local media that his company’s penalty was reduced by SEK1m.

It’s perhaps worth noting that, while Spelinspektionen has been doling out fines left, right and center to its online licensees since the regulated market’s launch this January, only one penalized firm (Paf) has actually paid up, possibly because the fine was only SEK100k (€9,600).