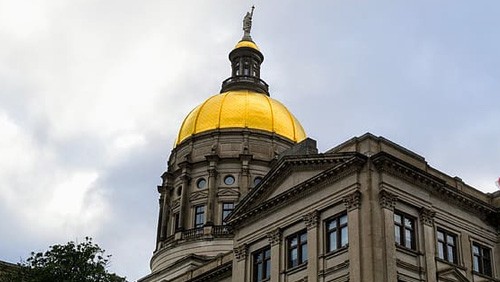 Georgia’s effort to follow in the footsteps of many other states just ran into some mud. As sports and other forms of gambling continue to find acceptance across the country, legislators in the Peach State started to take a serious look at whether or not they should be offered in their backyard, as well. However, if gambling fans in Georgia expected a quick resolution, they’re going to be disappointed. There won’t be any movement on the gambling front until sometime next year – at the earliest.

The first step in the process was to have a group of lawmakers explore the industry and how it might fit the Georgia landscape. A state Senate panel was put together to dig into the details and offer recommendations on what could be a plausible, successful course of action. However, according to the Atlanta Journal-Constitution, the committee has decided that it won’t be producing its findings until sometime in the future.

There is apparently some internal debate over how any possible gambling expansion should be introduced. Brandon Beach, a Georgia Senator who is also the chair of the committee, announced that there would be a delay in the committee’s input until a consensus among its members could be reached.

He explains, “We just weren’t ready to vote. So I decided to hold off. We’ve got time. We’re going to talk about it in the next (Senate Republican) caucus meeting we have — it’ll be a priority.”

The lack of consensus doesn’t come from the gambling activity itself. Instead, it stems from a ridiculous reason. Committee legislators apparently can’t make up their minds on how to word the question about expanded gambling that would be presented to state voters in November.

Ultimately, voters have the last say in whether or not expanded gambling can even be considered, according to the Georgia constitution. Some committee members want a single question that would cover casinos, sports gambling and horseracing. Others want each of the three to be listed as a separate ballot entry for voters to consider.

As has been the case in other states, Georgia’s leaders are realizing that continued complaints about revenue shortfalls aren’t improving the situation, and that introducing more gambling options might be the best way to fill in the gaps. It’s also a good way to provide better consumer protection, since gamblers are going to gambler whether it’s legal or not.

Once the committee can settle on how to present the ballot language, there is still work to be done. The constitutional amendment vote would need to be approved by two-thirds of the members of both the House and the Senate, and that is going to be a big challenge. First things first, though, and the committee needs to settle on its presentation. With lawmakers now headed out for the holidays, the earliest the matter will be taken back up is when the legislative session reconvenes on January 13, 2020.