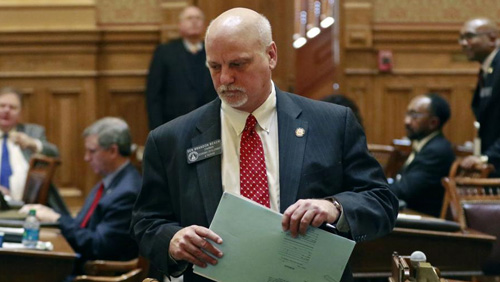 In the state known for peaches and peanuts, gambling hasn’t always been a popular subject. That has been changing, though, as Georgia lawmakers have been testing the waters to gauge public reception. A bill is being considered to allow sports gambling in the state and a push is now on to bring horseracing and casino gambling into the mix, as well.

A bill that had sought to allow horseracing in Georgia stalled in the Senate recently, so lawmakers decided to take a different approach. Earlier this week, they decided to form a committee to study gambling in order to develop a plan that will appease both lawmakers and state residents.

Senate Resolution 367 authorizes a panel of 11 lawmakers, many of whom are in the upper echelon of Georgia’s Senate, to meet over the summer and discuss horseracing and casino gambling. The bill was authored by Senator Brandon Beach and co-authored by four other lawmakers and the committee would only be in place until December 1, 2019.

Beach has been pushing for expanded gambling in the Peach State and found a small victory earlier this year when a bill that would have allowed as many as three horseracing facilities made it past a Senate Panel. However, it died shortly after.

Beach asserts that the new committee will help ensure any future attempts to introduce gambling legislation will be better received. He explains, “By having the right people around the table and learning and being educated on the issue, I think we’ll make progress next year,” adding that the industry will bring jobs and more funding for Georgia’s Hope scholarship program. That program receives funding from the Georgia Lottery and provides scholarships for hundreds of thousands of students so they can attend public and private colleges in the state.

There have been repeated attempts to introduce expanded gambling to the state over the years, but opponents always seem to find a way to block legislation. They try to argue that gambling is “immoral” and that it only leads to criminal activity. If that were all it took for an activity to be banned, banks would have been out of business a long time ago.