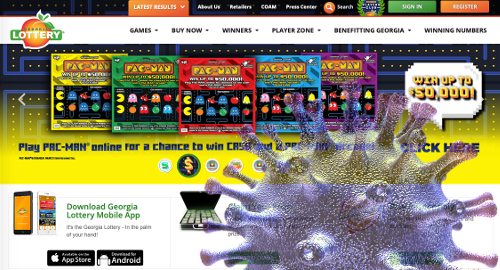 Online lottery sales are proving to be the bridge that’s helping some US state lotteries get over pandemic shortfalls in retail sales.

This week, the Georgia Lottery announced that it had booked a record $1.24b profit in the 12 months ending June 30, up from $1.21b in FY19, despite FY19 featuring a record $1.5b MegaMillions jackpot. The FY20 profit marked the fifth straight year in which the Lottery’s annual profits topped the $1b mark and the ninth straight year of annual growth.

Lottery CEO Gretchen Corbin said sales dipped in March as COVID-19 forced some lottery retailers to close and kept customers at home under pandemic lockdown. But sales rebounded in the final quarter of the fiscal year, thanks in part to the Lottery’s efforts to promote its online offering, which includes not only draw ticket sales but instant win games.

A similar ‘online to the rescue’ narrative was recently issued by the Pennsylvania Lottery, which saw overall sales drop 25% in March after nearly one-third of the state’s lottery retailers were forced to close due to COVID-19. As of May 31, traditional Lottery sales were down $60m from the same period last year.

However, Lottery spokesperson Ewa Dworakowski told local media that there’d been “a surge in players turning to the Lottery’s online games” during the lockdown. Average daily iLottery sales hit $3m during the pandemic, which boosted FY20 iLottery sales “about 24% ahead of estimate.” The Lottery is still working on its final FY20 report.

Even some states that lack an online lottery presence are reporting that their sales rebounded in May and June due to pent-up demand. Scratch-off ticket sales in particular have reported significant year-over-year sales gains in some states, including Montana, which saw scratch sales rise 83% in recent months.

A different dynamic is playing out in California, where retailers can’t get their hands on scratch tickets due to social distancing limits at ticket distribution centers. A worker at one distribution center tested positive for COVID-19, forcing the whole operation to shut down for cleaning.

The California Lottery issued a statement saying there was “an approximate four to five week delay in fulfilling retailer orders.” The Lottery, which hasn’t been authorized by the state legislature to launch online lottery sales, said it was “implementing a number of strategies” to deal with its current dilemma.