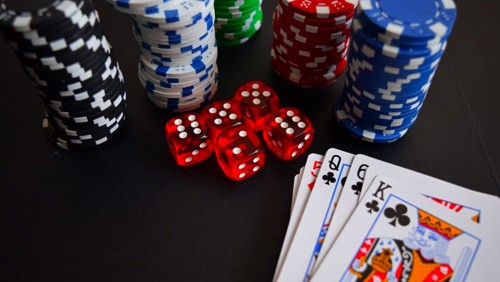 In 2017, Pennsylvania lawmakers decided that it wouldn’t hurt to expand the state’s casino scene and approved the addition of satellite casinos with the Expanded gaming Act. As many as ten mini-casinos would be allowed through the legislation, but, surprisingly, finding bidders for the available licenses has been extremely difficult. Penn National has been one of the few companies that has successfully expanded its footprint in the state with a satellite casino in Morgantown, and is now ready to take on a new venture.

After being approved for the Hollywood Casino Morgantown in March 2019, Penn National has now been greenlighted for the Hollywood Casino York, a mini-satellite that will appear at the site of the York Galleria Mall. The Pennsylvania Gaming Control Board (PGCB) gave its approval for the $120-million facility yesterday, which will operate under a Category 4 license and will offer as many as 30 table games and 750 slot machines.

It’s not too much of a shock that the PGCB unanimously approved Penn National’s application. The casino operator has a solid presence in the state and, given that no one showed up for a September license auction, the state hasn’t been able to make headway with its gambling plans. Mount Airy came close last month, but its application was rejected because it apparently didn’t have the funds to back the project.

Timothy Wilmott, the CEO for Penn National, was elated after the approval was given, stating, “We are very pleased with today’s unanimous approval by the PGCB and look forward to opening the doors at Hollywood Casino York as soon as possible,” adding, “The property will be ideally located to draw customers from south central Pennsylvania and northern Maryland, while also protecting our existing market share at Hollywood Casino at Penn National Race Course.”

Out the gate, the venue will host 24 table games and 500 slot machines, with additional options added at a later date. A sportsbook will be included, as well as an entertainment facility, restaurant and bar and a coffee house. The casino is expected to give 200 locals full-time jobs and construction will take around a year to be complete.

Opponents who may be concerned about under-age traffic from the mall to the gambling facility can put their minds at ease. According to Penn National’s Senior VP of Regional Operations, John Finamore, there won’t be a way into the venue from the mall. He told the PGCB when the license was being discussed, “There won’t be an entrance from the mall into the casino. The only way to get into the property is through the porte-cochere entrance. There’s one entry point.”