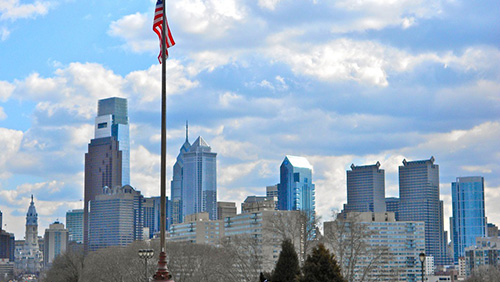 Pennsylvania’s having a difficult time finding takers for its casino licenses. The state approved gambling expansion in 2017 that allows up to ten Category 4 satellites, and the first five went relatively quickly. However, the last two auctions that have been held to sell a license, including one that just completed, have been anything but successful. It’s becoming more difficult for the Pennsylvania Gaming Control Board (PGCB) to find someone willing to spend $7.5 million to open a casino in the state.

The PGCB held an auction yesterday in Harrisburg, which only lasted about a minute, and didn’t receive a single bid that met the $7.5-million minimum requirement. The state has 12 land-based commercial casinos, with a 13th under construction, and, according to Pennsylvania’s gaming laws, only currently licensed operators are eligible to compete for a satellite. Of the five satellite licenses already issued, Penn National has two and Stadium Casino, Mount Airy Casino Resort and Parx Casino have one each. However, none of those facilities has yet opened and two of the licenses have been formally approved by the PGCB.

It now may be time for Pennsylvania to consider its casino market full. In fact, lawmakers passed a resolution earlier this year that says that the PGCB can’t offer any additional auctions if a particular round doesn’t generate at least one minimum bid. The rounds had been scheduled to take place from September 4 to December 31, with yesterday’s auction being the first. With no existing casinos responding to the latest auction, it is apparent that they, too, believe the market is complete.

In addition to the satellite casinos being allowed through the Expanded Gaming Act of 2017, truck stops and airports can offer gaming lounges, and online casinos are now legal. The act also paved the way for sports gambling and daily fantasy sports. Mobile sportsbooks are now beginning to appear in the state and the satellites will be able to offer sports gambling activity, as well, provided they pay the requisite $10-million fee.

When the PGCB awarded the first five satellite casino licenses, $127.7 million in revenue for the state was generated. While current laws mandate that no more auctions be held because of the lack of interest, it’s possible that, perhaps next year or the year after, lawmakers change the language and allow an outsider to come in once the expanded gambling operations stabilize, especially if they see that the casinos are performing better than expected.