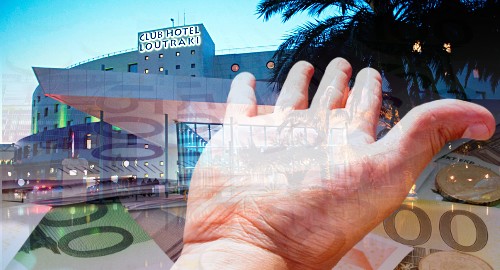 On Wednesday, Greek media reported that the Single Social Security Entity (EFKA) had sent letters to local casino operators informing them that they owed millions of euros in overdue social security contributions. EFKA has reportedly given the casinos until December 31 to make good on their obligations or face the consequences.

Said consequences include a two-month suspension of a casino’s operating license for any debt left unpaid for longer than 60 days. Should the debt remain outstanding, a casino could face the permanent revocation of its license to offer gambling products by the Hellenic Gambling Commission.

The Club Hotel Casino Loutraki is reportedly holding the biggest slice of this collective debt at around €18m. It was less than two years ago that the Loutraki venue was temporarily shut down by the government after allegedly failing to pay tax on its gambling revenue, although the casino argued at the time that it was the government that owed the casino money, not the other way around (that matter is currently under appeal by the state).

Three casinos in Thrace, Corfu and Rio – all owned by businessman Konstantinos Piladakis – are reportedly also high on EFKA’s naughty list. The venues in Parnitha, Thessaloniki and Florina are reportedly in the clear, the first two because they pay their dues as they go while the latter venue only opened a few weeks ago.

Try as it might, Greece has never seemed to exert any effective control over its gambling industry. The long-delayed plans to authorize a major integrated resort on the site of the old Athens airport recently devolved into yet another round of bureaucratic bungling while the country’s equally inept efforts to update its online gambling licensing regime have blazed a typically spasmodic trail for most of this decade without any real tangible result.