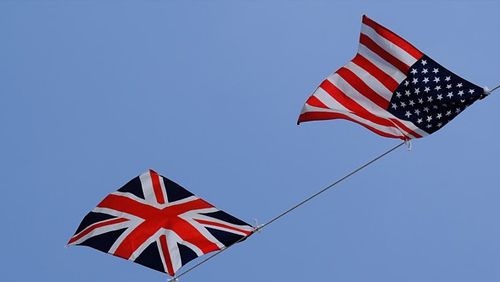 It’s a pretty big time for politics, and a great time if you like to place a bet or two on some political fortunes. The U.K. goes to the polls today, with a Conservative government almost guaranteed to be returned, but will it be a majority. In the U.S., Trump’s impeachment keeps chugging along with major developments and some of the Democratic presidential candidates are shaking up the polls.

Can BoJo get his majority?

After a tumultuous year of U.K. politics, the British people will finally have their chance to decide if Boris Johnson’s conservatives should be given another vote of confidence, and potentially a majority government to get Brexit done.

The Guardian’s poll tracker suggests Johnson will pull out a win, but the question is by how much. Most polls are predicting a decent Conservative majority, but the most recent polls suggest the race has gotten tighter, soliciting click bait headlines that suggest Labour’s Jeremy Corbin might pull this race off.

At Predictit, the Conservative seat return, the most popular betting market, is giving the most expensive price for a seat return of 315 or fewer at $0.32. For a majority of 326 to 335, you can get a rock bottom price of $0.16. The expected return of a 20-30 seat majority currently costs $0.21 or $0.22 cents, depending on your preferred range.

Crazy enough to bet on a Labour majority? They aren’t even offering the market, but on the off chance Corbyn can win more than 250 seats, that will cost 0.27.

With the House done its investigation and articles of impeachment now officially being prepared for a vote, the question now isn’t if Trump will be impeached, but when.

All the experts on TV seem to suggest Nancy Pelosi would love to get this done in the next couple of weeks so the Senate can start its trial in early January. Betting on an impeachment at Predicit it currently runs at the all time high price of $0.91, but you could get a better deal betting it will happen in 2019 for $0.85. You won’t win much, but it’s something.

Want to bet he’ll be convincted? Although it seems impossibly unlikely, that price is trading at $0.13. If it happens, you could be as rich as a Trump.

Mayor Pete solidifies himself as a contender

After being a star in the early debates and rising up to be a top tier contender, Elizabeth Warren has seemingly gone into an early hibernation, allowing Pete Buttigieg to surge in the polls and usurp her spot. She’s not out of the top tier, certainly, but early primary state polls and national polls suggest she might be at the bottom of the grouping.

Mayor Pete’s betting odds have correspondingly improved. Due to his good polling in Iowa, the first state to matter in all of this, Bodog has Buttigieg at +300 to win the nomination, trailing only Joe Biden at +280. Trailing them are the progressive candidates, Bernie Sanders at +450 and Warren at +450.

With the Joe Biden rumor recently swirling that he may only serve one term if elected haven’t reflected in the polls yet, and could swap the race quite a bit. Will that remind Iowans that three of the favorites are in their 70s, while Buttigieg is much younger? Could that mean he’s a great bet to win?

Or will the “No Malarkey” campaign keep Biden at the top? Or will a last couple of debates give Warren the support she needs?

If you’re asking me, I say bet Pete on Bodog, but make some money on Sanders at PredictIt. I think he could win one of the first two contests and make a nice profit if sold before Super Tuesday.