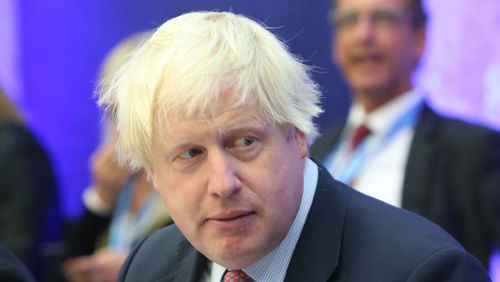 When Boris Johnson got the top job in the U.K., we took a look at the betting markets to try and gain some wisdom. Would an election happen this year? Would a No Deal Brexit push through? Would the U.K. run out of condoms? Important questions all.

Now that Johnson has lost his majority and a continuing Conservative rebellion jeopardizes his plans to do anything, it’s probably a good time to take a look at the odds once again as Britain gets closer to the brink. Well peek over at Paddy Power and see what the lines are.

With Johnson now demanding an election, as its own kind of referendum of Jeremy Corbyn’s “Surrender Bill,” which would force Johnson to seek a Brexit extension, an election in 2019 is looking more and more likely, and there’s all sorts of fun specials odds as to what Johnson’s fate will be.

You can bet 2/1 that he’ll be the shortest serving Prime Minister ever, at under 119 days. You can bet he won’t even be the conservative leader for an election at 9/1 odds. 14/1 odds for a bet that he’ll leave the party entirely, and 50/1 odds that he could be suspended from the House of Commons.

For any of that to happen, there will likely need to be a no confidence vote, which could happen once a No Deal Brexit is taken out of the equation. Odds are unlikely that it will come to this at 1/100, but if Corbyn’s Labour party thinks they have Johnson in a box, maybe they push for one in November or December? Odds for that are 12/1.

But if he pulls some tricks, will the U.K. leave the European Union this year? Odds favor that it won’t 8/11, and that seems the right bet with the current momentum of parliament. Johnson is a tricky one though, so a crash out can’t be out of the question. Might be worth putting a bet on a No Deal Brexit happening this year at 6/5.

The most important question right now is if a No Deal Brexit will happen at all in 2019. Paddy Power’s bookkeepers don’t think so, putting it at 4/11. But if you think Johnson is a man who keeps his promises, the odds it will are 15/8.

But that’s not why you come to CalvinAyre.com, to read about stuffy political odds. So we’ll end with a look at which provisions you should stock up on as the U.K. marches towards catastrophe. First, buy some fuel, as its 4/1 odds that runs out first. Next, you’ll want to get some milk (11/1) and bread (16/1) for the babies. If you have any millennials in the house, make sure to get some avocado (13/1). And if you happen to like eating food with flavor, make sure to get olive oil (16/1) and cheese (18/1).