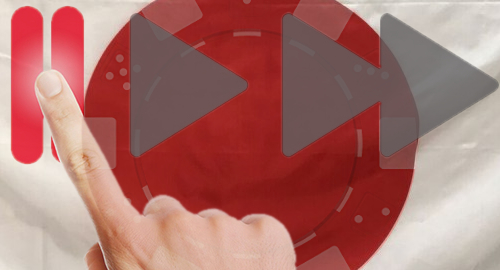 Japan’s plan to withhold tax on casino winnings by foreign gamblers has been shelved, at least temporarily, for fear of scaring off casino investors.

On Wednesday, Japan’s public broadcaster NHK reported that the government had decided to postpone discussion of Japan’s planned integrated resorts at a meeting scheduled for this Thursday. Taxation of casinos was supposed to be part of a wider discussion on tax reforms to be applied during fiscal 2020.

Earlier this month, Japan proposed a system under which foreigners who gamble in a local casino would be subject to a withholding tax on any winnings. The idea was to ensure the government got its fair share before their international guests flew the coop.

To ensure compliance, the government planned to require its casino licensees to register all gambling chip sales – at the casino cage and at gaming tables – and compare these figures with individuals’ chip redemptions to determine whether a gambler had won or lost.

However, Japan’s ruling Liberal Democratic Party (LDP) and its coalition partners reportedly felt the “business burden” of such requirements would be “heavy, and it may reduce investment in Japanese casinos.” The new plan is to ensure further “consideration” of casino taxation at some future date.

This concern isn’t entirely unwarranted. From the moment the LDP announced plans to scrap the nation’s casino ban, international casino operators began vying with each other to pledge ever greater investment outlays in the hopes of securing one of the coveted few – a maximum of three, at least initially – casino licenses Japan plans to issue.

This bidding war started out with the apparent consensus ceiling of $10b but, as these things do, this swelled to the point where $10b is now considered the bare minimum for getting one’s ambitions noted by the right people in the right markets.

The spending plans have now caused some operators to contemplate stepping back from the abyss before it’s too late. Las Vegas Sands president Rob Goldstein recently cautioned that it may not prove “prudent” for Sands shareholders if the company were to pursue such a significant investment that promised uncertain returns.