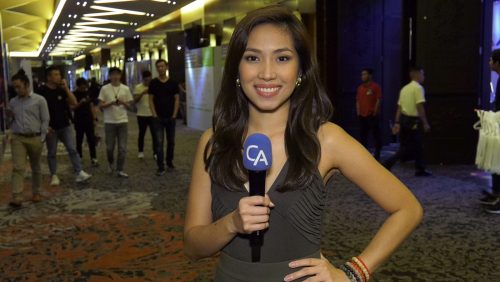 When the only cyclone on Earth right now with sustained winds similar to hurricane category 4 lands the same day as the premiere gaming event inauguration, then you know you’re off to a strong, interesting start.

G2E Asia @ the Philippines opened yesterday despite a super typhoon hitting the capital city of Manila. The bad weather was kept at bay as doors opened to thousands of attendees. They were welcomed with G2E Asia staples – traditional lion dance, tens of thousands of square feet of exhibition hall and 30-60 minutes conference tracks on ASEAN Gaming-Entertainment market and regulatory insights.

Headlining the opening ceremony was Philippines Amusement and Gaming Corporation (PAGCOR) Chairman Andrea Domingo, who vowed for a more sophisticated implementation of licenses and casino operations in 2020. Emphasizing on strengthening the existing and upcoming integrated resorts (IR), and Philippine Offshore Gaming Operators (POGO) to maintain sustainable growth, she shared the decision of the agency to stop issuing licenses. For her, regulating the revenue portion and the social effects of the industry is key to ensuring that each mover and player from all fronts will achieve success in the Philippines.

“Do not invest money here,” she confidently stated. This statement is NOT to discourage investors but to explain that as PAGCOR go through the process of improving the efficiency and functions of its operations, they have temporarily closed its doors to new operators.

Domingo believes that G2E Asia puts the Philippines on the map of the international gaming scene. Repeatedly, she shared her hopes to stage the show again in Manila, during her term at least. Her statement displays how her agency and the government support this international gaming event, which appears to be a contradiction with how China authorities approached the past Macau editions.

Staying true to its words of cracking down the online gaming industry, China did not spare G2E Asia no matter how prestigious this international event is. Despite no confirmation from organizers, there have been allegations of exhibitors getting the boot-out, being visited and even arrested by Chinese authorities in the Macau edition, for promoting online gaming which remains illegal in China.

This gives the Philippines leverage for having a gaming-friendly and supportive government to both land-based and online casinos, and to the entire gaming ecosystem. This drive by the Philippines to improve and develop the gaming sector successfully is being followed suit by one of Asia’s economic powerhouses – South Korea.

Incheon Free Economic Zone (IFEZ) Authority’s Investment Director Nicholas Kim shared with CalvinAyre.com how impressed they were with how the Philippines is managing the regulations and operations of the gaming industry. He hopes to emulate this for IFEZ, which is poised to build four more IRs within its zone in the next few years.

G2E Asia @ the Philippines continues today at the Grand Ballroom of the Marriot Hotel in Pasay City.