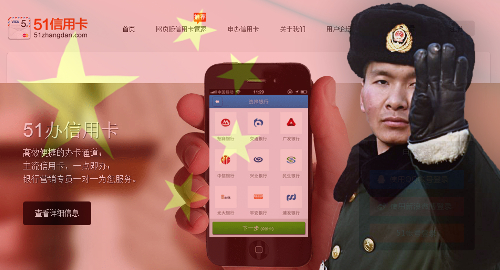 On Monday, Chinese media reported that around 100 police officers had staged a raid on the Hangzhou offices of 51 Credit Card Inc, a Hong Kong-listed fintech outfit that claims to be China’s largest credit card bill management service with over 83m active users as of mid-2019.

Media reports have cited a variety of reasons that may be behind the raid, including improper use of customer data. The company’s executives issued a statement via their official WeChat channel that said the police were responding to reports of “outsourcing of debt collection to third-party agencies.”

However, the Sina financial media outlet reported that the raid was the result of allegations that the company was involved in processing payments for internationally licensed online gambling operators. With the exception of the state-run lotteries, gambling is strictly forbidden on the Chinese mainland.

China has ramped up its anti-online gambling rhetoric of late, praising Cambodia’s August announcement that the country would wind down its local online gambling operations by the end of the year. China has called on other nations to follow Cambodia’s lead and is increasingly partnering with other Asia-Pacific nations’ law enforcement to target China-facing online gambling sites.

China has also publicly declared its willingness to take stronger measures to combat so-called underground banking, which allows mainland residents to avoid capital controls that restrict the outflow of money, including for gambling purposes.

In March, China’s central bank issued a statement warning its financial institutions to step up their merchant verification protocols to ensure companies weren’t hiding payments to forbidden internet sites, including gambling, pornography and cryptocurrency platforms as well as other “new emerging crimes.”

News of the raid sent 51 Credit Card’s share price down over one-third on the Hong Kong Stock Exchange before trading was suspended at the company’s request. The company made its HKSE debut in July 2018 and investors have had little reason to complain as the company posted double-digit profit gains this year.