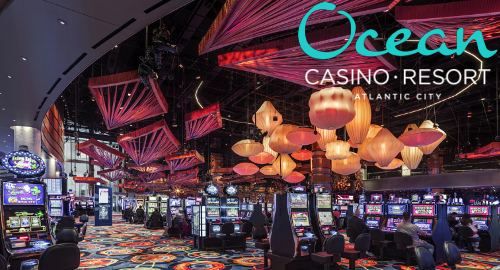 Atlantic City’s Ocean Casino Resort (OCR) has named Terry Glebocki its new CEO, making her one of the few female execs to ever run a major US gaming venue.

On Tuesday, OCR confirmed Glebocki as its new permanent CEO, making OCR the only one of Atlantic City’s nine casinos to be headed up by a female executive. The Associated Press quoted Glebocki saying her top priorities were increasing the venue’s revenue and maintaining profitability.

In August, Glebocki was named OCR’s acting CEO following the departure of interim CEO Eric Matejevich, who’d replaced the outgoing Frank Leone in February. Following that February shuffle, OCR adopted a “casino first” strategy that aimed to focus on serving gamblers ahead of resort-goers, a focus reflected in a rebranding of the property from Ocean Resort Casino.

August marked the first month in which the effects of OCR’s new strategy really began to be noticed. OCR posted gaming revenue of $24m in August, its best performance since the property reopened in June 2018 following the multi-year debacle known as Revel.

OCR continued to surprise market-watchers last month when it posted a $10.2m profit for the three months ending September 30. That was well below the $24.4m profit enjoyed by AC’s other new market entrant, Hard Rock Atlantic City, but a damn sight better than the losses OCR had endured since its opening. October marked the property’s fourth straight month of double-digit revenue growth.

OCR’s profitability likely irked Golden Nugget owner Tilman Fertitta, who stated in September that AC was “not a nine-casino market” and that “none of the casinos have the cash flow that they did” before OCR and Hard Rock opened their doors.