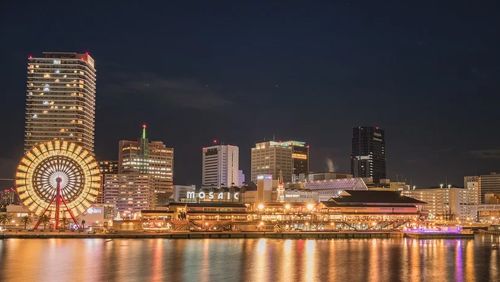 It could still be a few years before the government of Japan officially approves of the three communities that will receive an integrated resort (IR) license, but several cities are getting their plan together now. Osaka, eager to get this done right, has confirmed that MGM Resorts will partner with them on the development of their request for proposal (RFP) process.

City officals in Osaka announced recently their plans to move ahead in the RFP process by December. This included putting together a schedule of private sector partners to assist in the project, which they hoped to conclude by June of next year.

The city has decided to move forward with their plans by including MGM Resorts within the RFP process, making them one of their first officail partners. Japanese financial services group Orix Corporation will also be partnering with the city in the process.

In a statement issued by a spokesman for MGM Resorts Japan, he stated, “MGM and Orix – along with [other] companies that have strong bases in Kansai and Osaka forming the consortium – will create a strong partnership and realize an authentically-Osaka/Kansai IR that will disseminate the appeal of Osaka and Kansai to the world.” He added:

“The IR will offer authentic Kansai/Osaka/Japanese experiences to foreign tourists. We will help promote and further revitalize the Japanese tourism industry by making the Osaka IR the entry point to tourism to Japan.”

The date of June 2020 was set as a target by Osaka as the city is hoping to have its integrated resort open in time for the 2025 World Expo. There are some concerns about meeting construction deadlines and overlaps with construction crews working on the Expo during the construction of the resort. However, they seem confident in being able to complete the development of the project in time for the world event.

Several cities and prefectures are vying for the three IR licenses offered by Japan. Osaka is one of the major cities considered to be upper-tier contenders for the license, but must compete with Nagasaki, Yokohama, Hokkaido, Nagoya, Wakayama, Chiba, Kitakyushu City and Tokyo.

The Ministry of Land, Infrastructure, Transport and Tourism will start officially accepting proposals in January 2021 with the closing date set at July of that year.