Nagasaki joins three other cities in race for IR license

Several cities have made their intention to win a Japanese integrated resort (IR) license very clear. Joining the mix now is Nagasaki, who hope to beat out as many as eight other areas for the priveledge to build an IR. 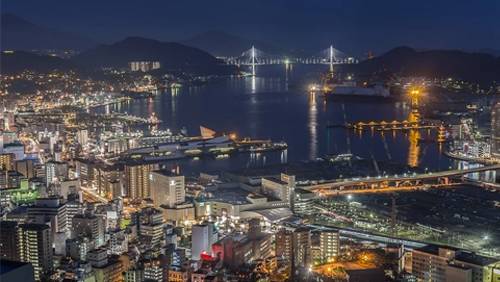 In a recent statement issued by one of Japan’s cabinet ministers, he confirmed that the eight locations are seeking permission to host a casino resort. According to Kazuyoshi Akaba, Japan’s Minister of Land, Infrastructure, Transport and Tourism, each one is applying for one of the three licenses that are not expected to be issued for at least two years.

This statement was made prior to Kitakyushu City joining the mix.. On November 20, it was announced that the city will also be filing an application.

On October 2, Nagasaki launched a Request for Concept (RFC) for developing an integrated resort (IR) that would be located at Sasebo’s Huis Ten Bosch. The RFC would include a comprehensive business strategy, as well as facility design, operations policy guidelines, and would include a sustainability and problem gambling countermeasures plan.

Several companies have expressed interest in the development of one of the casinos in Nagasaki, including some local companies. However, the biggest interest appears to be from foreign investors, including Peermont Global, NagaCorp, Get Nice Holdings, and Casinos Austria.

There is now a rush for cities to get their IR applications in order. The Japanese government recently announced they would begin accepting applications for IR licenses starting January 2021.

This timeline is giving regions plenty of time to develop strategic plans and guidelines as to why they should be one of the recipients. Nagasaki officials had set a November 22 deadline for all firms and businesses that are interested in being a part of the RFC phase. They have made it clear that those who did not participate in the RFC will not be barred from involvement in the request for proposal phase (RFP).

The Nagasaki government has already set a budget for the plan, determining that the cost in design and development will be somewhere between JPY320bn ($3bn) and JPY550bn ($5.1bn). It would not be surprising to see that number increase depending on how long the delay is before the licenses actually approved.