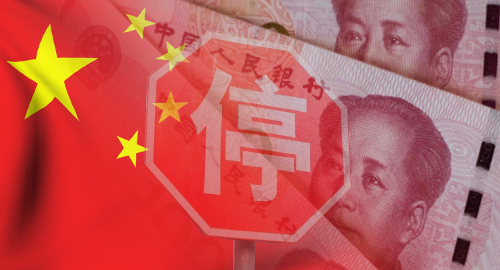 China’s government has imposed the largest financial penalty to date on a third-party payment processor for its links to unauthorized online gambling sites.

On Tuesday, local media reported that the Beijing office of China’s State Administration of Foreign Exchange had slapped a RMB29.4m (US$4.2m) fine on Internet Banking Online (Beijing) Technology Co Ltd, aka Chinabank Payments, a Beijing-based payment processor owned by JD Finance, which was spun off from online retailing giant JD.com in 2018.

Chinabank was accused of assisting mainland residents in transferring currency overseas, including to internationally licensed online gambling sites. The gambling transfers, which also involved several other mainland payment channels, were made between May 2017 and May 2018.

Local media reported that the online gambling operation was based in Cambodia and featured websites with names suggesting a relationship with popular Macau casino brands, including Las Vegas Sands and SJM Holdings’ Lisboa. State-run media recently reported that this Sihanoukville-based online operation had over 1.2m customers.

Reuters quoted a Chinabank spokesperson apologizing for its shortcomings, adding that the company had “seriously reflected on our business management and carried out rectifications,” including expelling the merchants who were abusing its systems.

In October, JD.com was one of several mainland-registered financial services firms cited in a warning issued by the Monetary Authority of Macao (AMCM) regarding “unauthorized financial activity.” The AMCM warned local residents that sketchy individuals were promoting their ability to transfer money from mainland-approved processors to Macau through ‘underground banking’ networks.

China has always sought to restrict so-called underground banking linked to Macau casinos but the authorities appear to be taking a greater interest in arresting the outflow of funds to online gambling sites. In October, around 100 police officers raided the Hangzhou offices of Hong Kong-listed fintech firm 51 Credit Card Inc, reportedly due to its links to online gambling payments.

Earlier this month, China’s Ministry of Public Security announced that it had investigated nearly 46k ‘cybercrime’ cases in the first 10 months of 2019, of which 5,797 involved online gambling.