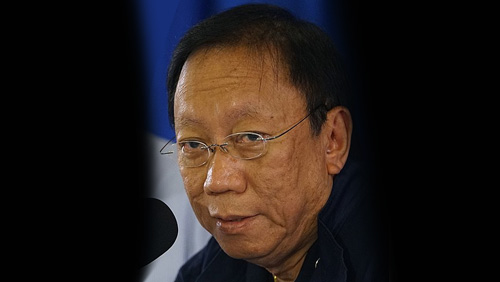 The Philippines had quite a day earlier this week, when several high ranking officials railed against the Office of the Solicitor General (OSG) for an opinion they released on Philippine Offshore Gambling Operators (POGOs) taxability. The OSG has now further clarified their position, not backing down very much from the point they’ve previously made.

In a new letter to Finance Secretary Carlos Dominguez III, Solicitor General Jose Calida reaffirmed that it is the OSG’s opinion that POGOs based abroad are not covered by Philippine tax laws. However he corrects the notion that all POGOs can’t be taxed. “There is nothing in the [2018 OSG] legal opinion that states or even infers that all Pogos and their employees cannot be taxed,” he wrote to Dominguez.

Much of this confusion started from misleading headlines from the original OSG opinion. While the first part of Calida’s clarification was already quite clear, local outlets lead with headlines like “POGOs can’t be taxed.” That created a hysteria, forcing several official and politicians to come out with their own opinions that of course they can be taxed if they wish to operate in the country.

But Calida still has a position that runs contrary to that of people like Representative Joey Salceda, who wishes to tax all POGOs on their revenue. He explained:

“Notably, all betting and payout systems of Pogos are conducted outside the Philippines. On the other hand, Philippine service providers are local companies that perform support services for offshore betting activities. These service providers are the companies that employ foreigners here in the Philippines, handle the recording and live streaming of such games, and perform IT (information technology) support services. These companies then sell these live-streamed games to foreign-based Pogos. In turn, the foreign-based Pogos collect bets from its preregistered clients through its online platform and earn from such activity.

“Contrary to this notion, we clearly defined in our legal opinion that based on the rules and regulations for Pogos promulgated by Pagcor (Philippine Amusemnet and Gaming Corporation), the Pogos we referred to as not subject to income tax are the foreign-based Pogos. We further stated that gaming operations conducted by the service providers and subscribed to by the foreign-based Pogos are merely cost centers as far as the latter are concerned. Ultimately, a foreign-based Pogo’s source of income is the placement of bets on its online betting facility—which are all derived from sources outside the Philippines.”

That’s a pretty clear definition. All the money that exchanges hands in the Philippines is subject to taxation, but if operations are collecting their revenue outside the country, that can’t be touched. Calida even summarized it quite clearly. “A foreign corporation, whether engaged or not in trade or business in the Philippines, is taxable only on income derived from sources within the Philippines,” he said.

The Philippine Daily Inquirer notes that Dominguez agreed with this conclusion. The matter that’s left undetermined though is if this will be an acceptable outcome for lawmakers.

If POGOs refuse to pay taxes on their revenues, will new laws be created forcing them to? If they still refuse, will their licenses be revoked? Will this form of higher taxation kill the industry, as PAGCOR chairman Andrea Domingo fears? Do the Philippines really want to kill the legal POGO industry when an underground equivalent would still likely run rampant?