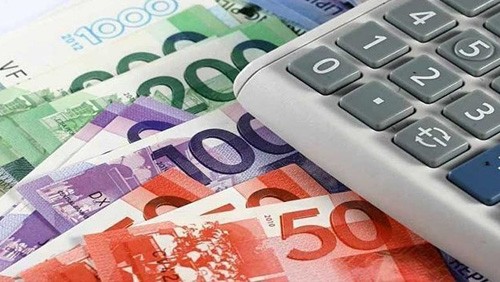 A sloppy statement from the Philippine’s Office of the Solicitor General (OSG) on the Philippines Offshore Gambling Operators (POGOs) has authorities and politicians scrambling to correct the record. The big question is, are POGs taxable by the government?

The controversy was sparked by an opinion from the OSG, given to the Philippine Amusemnet and Gaming Corporation (PAGCOR) and the Bureau of Internal Revenue (BIR) that the industry is cannot be taxed. Solicitor General Jose Calida wrote:

“Ultimately, an offshore-based operator’s income is the placement of bets on its online betting facility – which are derived from sources without (outside) the Philippines.”

Basically, since the revenue of a POGO doesn’t come into the Philippines, it can’t be taxed. That’s just a small part of the picture though, and headlines like “POGOs can’t be taxed,” are very misleading.

Senate Majority Leader Franklin Drilon first commented on the confusion on November 18, saying the OSG got it wrong, commenting:

“For me, the [Solicitor General] has mistaken in his statement that POGOs are not taxable. In fact, the BIR should be the one to interpret our law when it comes to collecting taxes under Section 4 of the National Internal Revenue Code.”

He added that the case to tax POGOs is clear, noting that it would be ridiculous to keep shutting down POGOs for failure to pay taxes if the OSG asserted that they can’t be taxed in the first place. He added his own reasoning for why they could be taxed: “The betting is done here; everything is done here. Every taxable activity happens inside the country, not outside.”

Jumping into the conversation was also Department of Finance Secretary Carlos Dominguez III, agreeing with Drilon that this was a decision for BIR. “The BIR issued an opinion to this effect months ago saying that the situs of income is where the services are rendered,” Dominguez said. “Thus, since POGOs are providing services to their counterparts in the Philippines, they are subject to income tax. The same is true for value-added tax (VAT), which is also imposed on services rendered in the Philippines.”

The OSG opinion that POGOs can’t be taxed on their revenue is up for debate, but it’s clear that some taxes will be gathered from their operation, notably from employees’ income taxes. It’s important that Drilon and the DOF corrected the idea that the industry would pay no taxes for all, a notion that was already getting a little carried away in social media.

SOLGEN Calida in defense of POGOS saying offshore gaming operators cannot be taxed based on the “source of income” principle under the country’s tax code.

Then if that is the case, why allow POGOs to operate here in the first place? pic.twitter.com/ibTKUejorD

The next question is how much taxes can the industry support before it just goes completely underground or to another location entirely. PAGOR cautioned the House Ways and Means Committee recently when discussing Albay Rep. Joey Salceda’s POGO tax bill that wherever the line is, it could be crossed soon.