Home / Business / Gambling reform in Germany could be coming soon 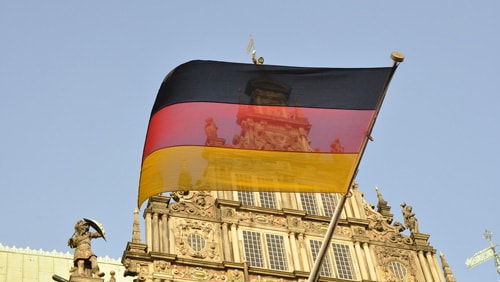 According to most Germans, the country’s gambling system is in need of a lot of repair. A survey conducted earlier this year showed that the majority of those polled in Germany believe it’s time to update the country’s gambling laws. Following that revelation, Forschungsstelle Glücksspiel, Germany’s Gambling Research Center (GRC) at the University of Hohenheim in Stuttgart, has just released recommended updates for the gambling industry as the possible first step to major reform.

According to iGaming Business, the recommendations submitted by the GRC would see new taxes on unlicensed operators, as well as the legalization of online casino games. The latter, however, would apparently come with a long list of strict rules and regulations operators would have to follow. GRC also suggests that the state create a new regulatory body to oversee the industry.

The GRC points out that “land-based casinos generated gross gaming revenue of [$671.9 million in 2017, and paid [$353.13 million] in casino and sales taxes. The illegal online market, on the other hand, is estimated to have generated total GGR of [$1.94 billion] that same year, but only paid value added tax of [$369.7 million]. Had they been subject to the same taxes as their land-based counterparts, these operators would have been liable for [$1.012 billion] in taxes.”

Illegal online gambling operators are able to take advantage, in a very loose way, of Germany’s lax Criminal Code as it pertains to gambling. Land-based gambling operations without a license are considered a criminal offense in the country, but the Code doesn’t mention anything about illegal online gambling. This needs to be addressed, as well, as Germany considers revamping the legal framework of its gambling industry, according to the GRC.

The recommendations cover a lot of ground and are persuasive for building a well-regulated online gambling market. The report adds, “Currently, the offer of online casino games on the Internet is largely illegal, but still takes place. It can be assumed that some states will continue to allow online casino games or will do so in the future. Also, for player protection reasons, a regulated market is preferable to a non-regulated market.”

However, as robust as the plan would be, there is apparently no love of poker by the GRC. It would have the game completely banned, because it’s susceptible to “fraud and manipulation,” and would also place a permanent ban on any type of casino advertising. These two points are likely to meet a lot of resistance.

The new regulatory body would work an “incorporated public institution” that would have the authorization to implement ordinances, oversee activity and provide a mechanism for operators, lawmakers and suppliers “to obtain legal certainty as soon as possible in disputes.”

The input would be incorporated into Germany’s third amended State Treaty, which had been ratified earlier this year. This legal policy is only meant as an interim solution that would be in place until the end of June 2021, at which time a more permanent solution would be rolled out.