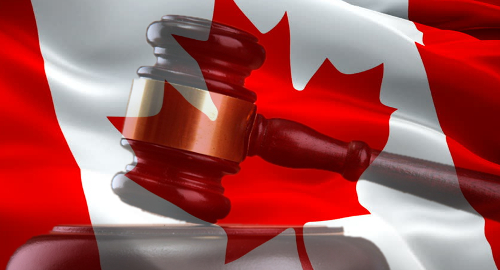 Australia has ordered its first blocks of unauthorized online gambling domains, while a Canadian court has just issued the country’s first ever domain-blocking order.

On Tuesday, the Australian Communications and Media Authority (ACMA) issued its first ‘request’ to local internet service providers to block the domains of internationally licensed online gambling operators that the local government deems to be serving the needs of Aussie punters without local permission.

The ACMA’s first broadside is aimed at the Curacao-licensed Emu Casino and Fair Go Casino, each of which offers online casino games in violation of Australian law, which permits only online sports and race betting. ACMA Chair Nerida O’Loughlin added that the regulator had received “more than 50 complaints” about the two sites’ conduct, specifically that the sites “refuse to pay out winnings.”

The blocking requests come just one week after the ACMA announced that it was preparing to exercise the powers it was granted under the Telecommunications Act and in keeping with the online casino ban in the amended Interactive Gambling Act 2001.

The ACMA previously claimed that its actions would result in a 50% decline in the volume of business sent to international gambling sites, although the abject failure of domain-blocking schemes in other prohibitive-minded jurisdictions suggests that the ACMA may need to revise its estimates.

CANADIAN COURT ISSUES FIRST DOMAIN-BLOCKING ORDER
Meanwhile, a federal judge in Canada issued a ruling on November 15 granting a request by the country’s largest broadcasters and ISPs to block a family of websites operated by GoldTV, a ‘pirate’ video streaming service. The ruling by Justice Patrick Gleeson requires ISPs to block the offending domains, subdomains and IP addresses within 15 days.

Teksavvy Solutions, an Ontario-based ISP, was the lone telecom firm to oppose the push to block GoldTV’s domains, largely based on its concerns over the costs that ISPs would bear if required to play this game of domain whack-a-mole.

But Teksavvy also argued that site-blocking was ineffective, unwarranted and would undoubtedly lead to a flurry of other blocking ‘requests.’ Teksavvy further pointed out that federal legislators opted against including site-blocking in the reforms of the Copyright Act in 2012 and thus court-ordered blocking is an attempt to circumvent elected officials’ authority.

In making this argument, Teksavvy cited the July 2018 Quebec Superior Court ruling striking down efforts by that province’s government to block the domains of internationally licensed online gambling operators that compete with Espacejeux, the online gambling site run by the Loto-Quebec provincial monopoly.

In that case, the Court declared that the domain-blocking language in Quebec’s Bill 74 was an unconstitutional infringement on the territory of the Canadian Radio-television and Telecommunications Commission (CRTC), a federal agency.

Gleeson’s ruling stated that he was “not convinced that any of the provisions of the Telecommunications Act, nor the fact that there is ongoing debate about the role of site blocking in Canada’s telecommunications regulatory regime, support the view that the Court should decline to exercise its discretion in this case.”

Gleeson further argued that he and his colleagues agreed that the telecom plaintiffs would suffer “irreparable harm” if GoldTV was allowed to continue operating in Canada. Gleeson added that “neither net neutrality nor freedom of expression concerns tip the balance” against granting the relief sought by the plaintiffs.

While Gleeson’s ruling was a response to copyright infringement claims, the online censorship genie is now effectively out of the bottle, potentially bolstering efforts by some provincial gambling monopolies to ensure their sites are the only ones Canadians can access, thereby denying Canadians freedom to choose how and where they spend their gambling dollar.