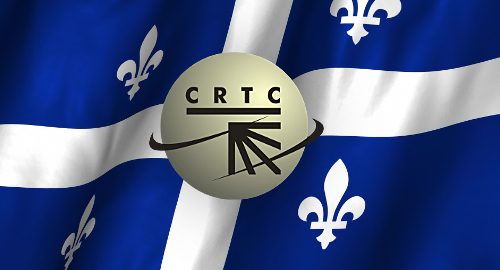 Canada’s national telecom regulator has suspended further action against Quebec’s plan to block international online gambling sites until after the issue has had its day in court.

On Friday, the Canadian Radio-television and Telecommunications Commission (CRTC) announced that it was suspending consideration of a challenge of Quebec’s controversial Bill 74 brought by the Public Interest Advocacy Centre (PIAC), a registered non-profit specializing in telecom and consumer protection issues.

PIAC objected to Quebec’s plan to compel the province’s internet service providers to block the domains of online gambling sites other than Loto-Quebec’s Espacejeux.com or select private operators that Loto-Quebec might permit to serve Quebec residents, such as the Montreal-based Amaya Gaming, the parent company of PokerStars.

Quebec’s Bill 74 is also the subject of a legal challenge in Quebec Superior Court by the Canadian Wireless Telecommunications Association (CWTA), the industry group representing the nation’s telecom providers.

The CWTA insists that Bill 74 is (a) unconstitutional, because it usurps the federal government’s traditional authority over telecom matters, and (b) forces CWTA members to bear the financial cost of policing Loto-Quebec’s online blacklist.

On Friday, the CTRC said that, after consulting with Quebec’s attorney general, it was suspending further action on the PIAC challenge until after the Quebec court dealt with the constitutional issues. The CRTC noted that the PIAC or any other party could request that the CRTC resume consideration at some point in the future if the request demonstrates “a material change in circumstances.”

In the meantime, the CRTC reiterated the preliminary view it handed down in September that Quebec’s IP-blocking plan is “unlawful without prior Commission approval” and that Quebec’s law “does not in and of itself justify the blocking of specific websites by Canadian carriers.”

Following the issuance of its preliminary opinion in September, the CRTC invited concerned parties to comment. The CRTC’s Friday statement noted that “in general, parties supported the Commission’s first preliminary view, and none opposed it.”

Quebec hasn’t offered an exact deadline for when ISPs will be required to implement the IP-blocking plan, although the suggestion has been made that it won’t begin until early 2018, which hopefully will give the courts ample time to address the issue.